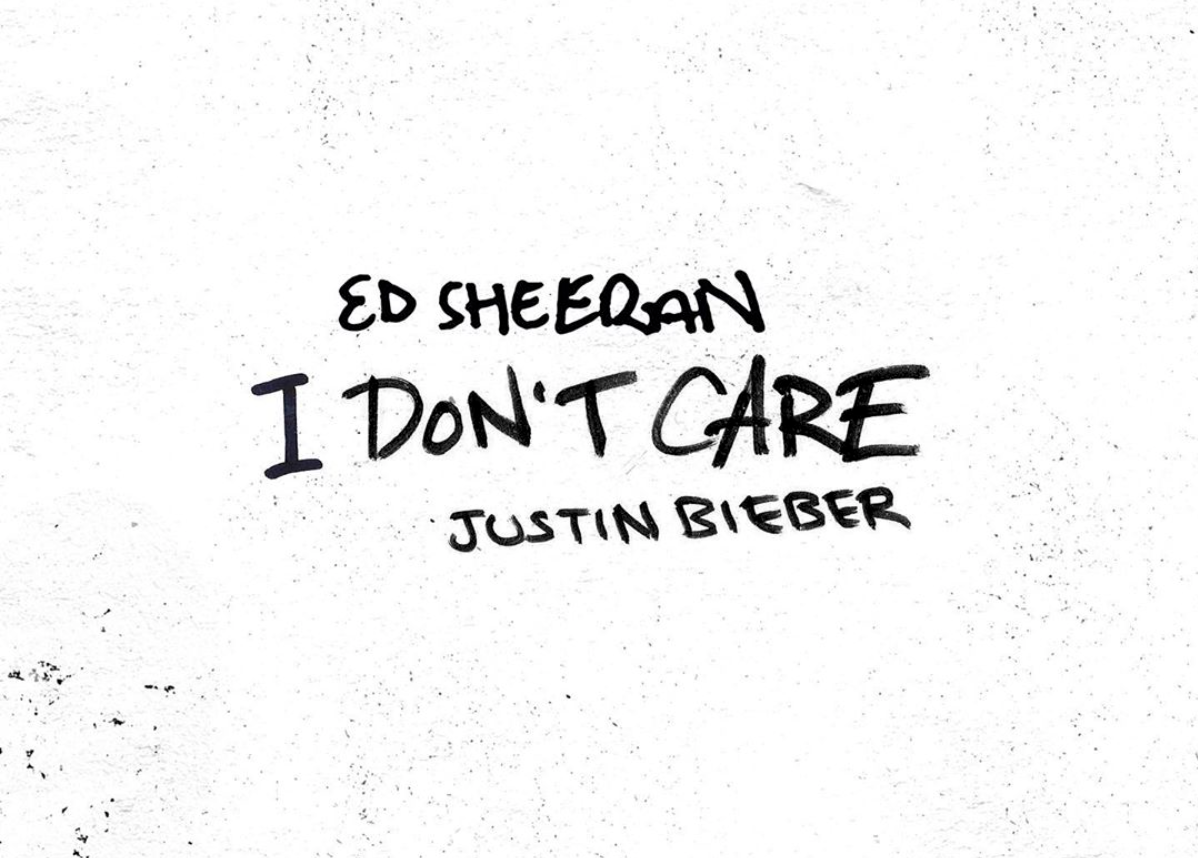 Justin Bieber is back! The Biebs teamed up with Ed Sheeran on his newest single “I Don’t Care,” creating utter chaos within both of their fanbases.

The anti-party anthem is the first single the “Baby” singer has released under his name since his 2016 album, Purpose, as well as the “Shape of You” singer’s first release of music since his Divide album in 2017.

The two pop icons sing along to a catchy, upbeat rhythm about the feelings of anxiety at a party, but they suddenly don’t care and feel at peace as long as the right person is with them. For those who are familiar with the singers’ personal lives, they’re obviously alluding to their new wives.

Sheeran starts off the song with, “Don’t think I fit in at this party // Everyone’s got so much to say // I always feel like I’m nobody // Who wants to fit in anyway?” Here, he’s singing about not fitting in.

Bieber later joins in the second verse: “With all these people around // I’m crippled with anxiety // But I’m told it’s where I’m supposed to be at.” Again, this is another statement on the anxiety that’s felt by having to be around such large groups of people at events.

The song is a perfect mix of the pop kings’ sounds, being both upbeat and acoustic. Plus, the hook is definitely a tune that will be an earworm for the summer, as it will be playing everywhere. In fact, it’s already all over the radio!

The single was very highly anticipated, causing Beliebers to go into a panic when Justin posted a picture of him and Ed with the caption “10.” This was the kick-off to the countdown of the single release.

Justin even posted a funny throwback clip of the first time they met, and the single playing towards the end. LOL.

Honestly, that interview told the future on more than one occasion. If you remember, Sheeran co-wrote JB’s “Love Yourself” for his Purpose album. And do you want to know the best part? Almost four years later, it’s still being played on the radio and in public!

There’s no denying this song is going to be one of this summer’s best, and it’s already breaking Spotify’s single-day stream record with over 16 million streams in 24 hours. The pop legends have also announced a music video, but in the meantime, be sure to continue streaming “I Don’t Care” on all platforms. It shouldn’t be that hard considering we absolutely NEVER get sick of it.