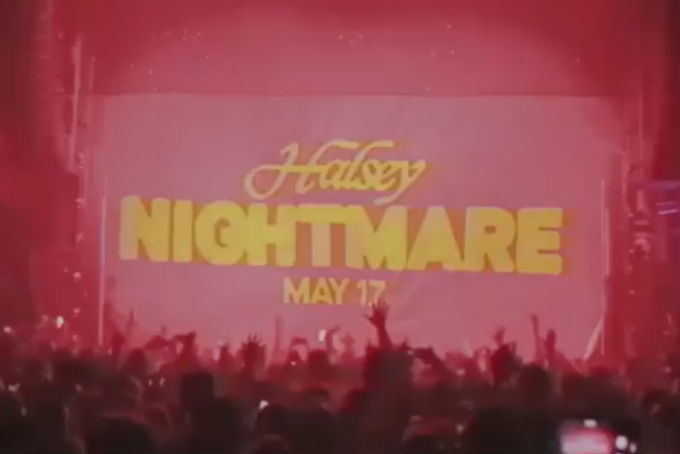 Get ready, music fans! Halsey is coming at us with a brand new era of music, it’s going to be a good one. Fans of the singer have known for quite some time now that she’s been working on her third studio album, but they were still left wondering when more information about this album would come to light.

Diehard fans of the “Without You” songstress began to speculate when she deleted everything on her Instagram, leaving only three blank black images. They also noticed that Halsey had a new link in her Instagram bio that led to a webpage, which provides the meaning behind your worst nightmares. It was shortly after that when the singer annoucned she was headlining two intimate shows in New York City.

The New Jersey native dedicated her entire first night at Webster Hall to the songs on her first album, Badlands. The second night was dedicated entirely to Hopeless Fountain Kingdom. She expressed to fans during these shows that she felt very nostalgic performing on the Webster Hall stage because she used to attend concerts at the same venue when she was younger.

When the shows were announced, fans picked up on a clue Halsey dropped, which would lead to the announcement of her upcoming single. The clue was that the tickets for the show went on sale at 5:17, and tickets were priced at only $17. What a steal! We now know that May 17 is officially the release date of her next single, which she officially announced on night two at Webster Hall.

In addition, the singer has also hidden clues about the upcoming songs in various cities, and fans were quick to try and hunt them down.

I hid lyrics to NIGHTMARE in your cities. Let me know when you find them….

Overall, we’re super excited for this upcoming era and cannot wait to hear “Nightmare” when it gets released this Friday! Comment down below and let us know your predictions about this upcoming track.