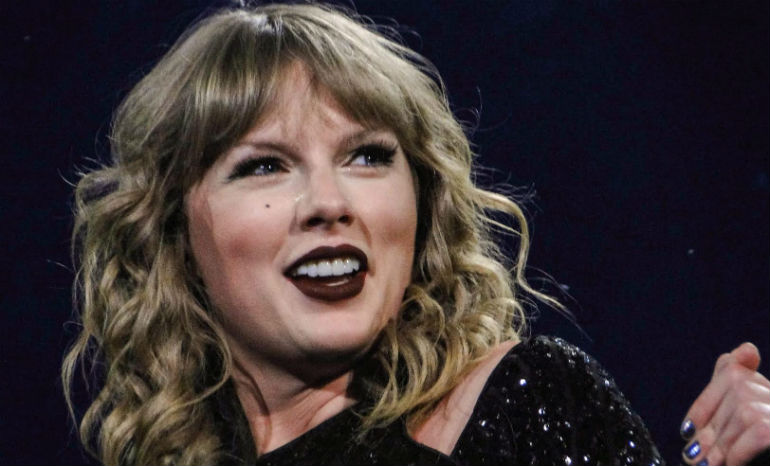 In case you missed it, Taylor Swift is on the cover of this week’s Entertainment Weekly. It’s one of her first interviews in three years since she famously did not do press of any kind during the Reputation era. In the interview, Swift revealed how HBO’s wildly popular fantasy series, Game of Thrones, inspired her music.

“These songs were half based on what I was going through, but seeing them through a Game of Thrones filter.” she explained. “‘Look What You Made Me Do’ is literally Arya Stark’s kill list.” WHOA.

“‘King of My Heart’ was influenced by Khal Drogo and Daenerys,” the 19-year-old added. “It’s even got this post-hook of drums — I wanted them to sound like Dothraki drums.”

The “ME!” singer also revealed that she was a little late to the party with Game of Thrones. She “began her watch” in 2016, right around the time that she was making reputation.

“So much of my imagination was spent on Game of Thrones. At the time, I was making ‘Reputation’ and I didn’t talk about it in interviews, so I didn’t reveal that a lot of the songs were influenced by the show.”

Many fans might assume it would be difficult to avoid spoilers for the show (Game of Thrones began airing in 2011), but the singer/songwriter revealed that it wasn’t tough for her to keep them at bay.

“I can avoid pretty much any information,” she revealed. “For a couple years, every time I’d see my name in print, I’d throw the phone. If you can avoid your own presence, spoilers [are] easy.”

Hot on the heels of the “ME!” single release — which made history last week by shooting up 97 spots on the Billboard Hot 100, from number 99 to number 2, the highest jump in the chart’s history — Swift revealed several details about her upcoming album. The yet-to-be-titled seventh album, which fans have dubbed TS7, will be longer than any of her previous LPs.

“I try not to go into making an album with any expectation,” she said. “I started to write so much that I knew immediately it would probably be bigger… There’s a lot of a lot on this album. I’m trying to convey an emotional spectrum. I definitely don’t wanna have too much of one thing. … You get some joyful songs and you get the bops, as they say. There’s also some ‘really, really, really, really sad songs,’ but not enough to where you need to worry about me.”