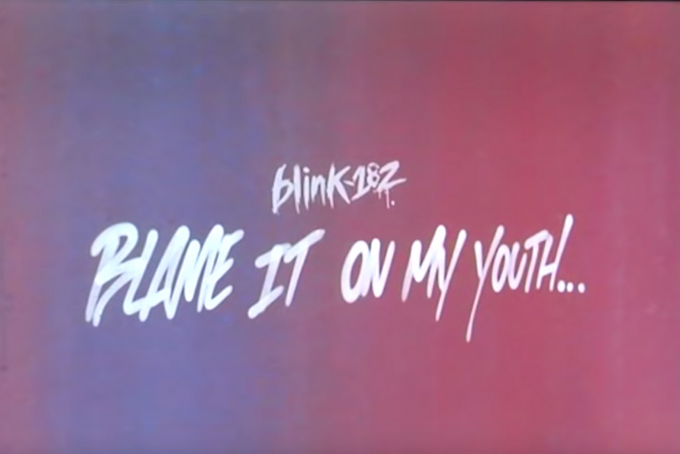 Pop-punk veterans Blink-182 are certainly making 2019 an interesting year. The trio recently announced that they will be hitting the road with Lil Wayne for a summer tour. Drummer Travis Barker also revealed that the band will be releasing a new album before this year’s Warped Tour. To give us a taste of what they’ve been working on, Blink-182 has released their latest single “Blame It On My Youth.”

Right off the bat, “Blame It On My Youth” does not sound like the Blink-182 we are used to. While similar in vein to the group’s last album California, the song is much more pop and radio-friendly. This isn’t inherently a bad thing—it just doesn’t sound like Blink-182. The production is glossy with filters galore, and unfortunately, Barker’s drumming takes the backburner.

On a more positive note, the vocals of both Mark Hoppus and Matt Skiba sound polished and match with the tone of the song. The track itself is a nostalgia trip about youth and growing up, but it unfortunately adds nothing new to this common lyrical theme.

There are so many songs about the “good old days,” and Blink-182 had the chance to switch it up. The group is known for its tongue-in-cheek and often funny lyrics. “Blame It On My Youth” seems more focused on becoming a summer anthem than capturing the essence of who the band is. The members are adults and even parents, but this has never stopped them from not taking themselves seriously.

We’re guessing that “Blame It On My Youth” will be in constant radio circulation this summer and will no doubt get stuck in your head. If this is any indication of their upcoming album, we’re going to get a completely different Blink-182.