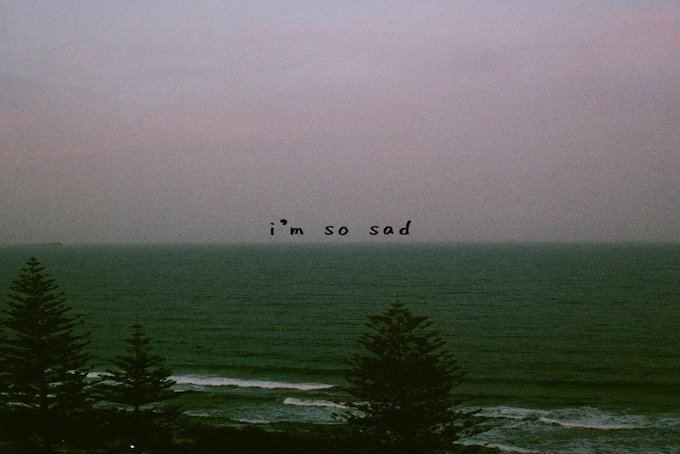 Fresh off of his debut single and his first nation-wide headlining tour, Gnash has gifted his fans with his new single, “I’m So Sad.” The LA-based singer and producer has been steadily growing over the past few years, starting with his hit single “I Hate U, I Love U” featuring Olivia O’Brien.

Just like the title, the song begins with the singer-songwriter repeating the phrase, “I’m so sad right now,” followed by a verse about who and what he misses in his life. The track is short and simple, with a soft piano in the background along with an easy beat. There aren’t many lyrics—the majority of the song just repeats “I’m so sad—” but it shows how someone thinks and feels when they are down or when their only thoughts seem to be about their sadness.

Gnash has always been open about his mental illnesses, particularly about his anxiety and depression, and he opens up about these in all of his music. He creates a safe space through his music for his fans to express themselves and their emotions.

While he’s open about his struggles, he also keeps it positive and optimistic, giving hope to his listeners. “I’m So Sad” finishes with the repetition of, “it’s okay to be sad sometimes.” Even in a song that is about being sad, he still finds a way to turn it into a positive message for his fans.

We’re excited to see what’s next for this young artist as he keeps trying to find himself in his songwriting. So far, he’s been able to wear his heart on his sleeve in his music, and his vulnerability makes him something special. Make sure to check out “I’m So Sad” and the rest of Gnash’s previous work. It has a way of making you feel OK with all of the emotions you may be feeling.