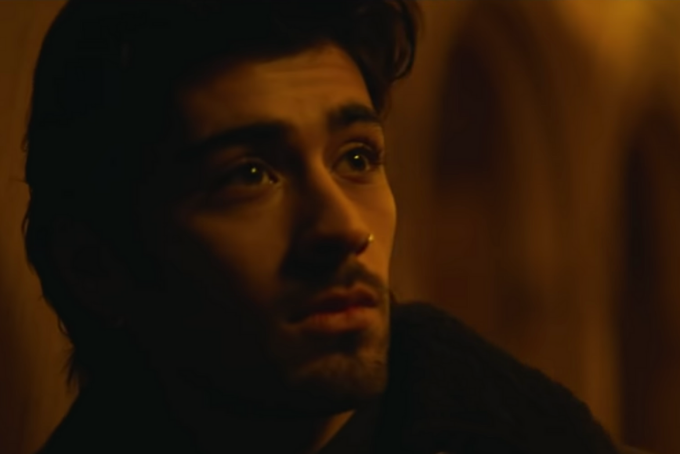 Zayn has teamed up with Zhavia Ward, from The Four: Battle of Stardom, for an amazing remake of the well-known Aladdin song, “A Whole New World.” In the original 1992 animated version of the movie, the beloved song was performed by Brad Kane and Lea Salonga as well as Peabo Bryson and Regina Belle. For the live action version of this childhood favorite, Zayn and Zhavia take the unexpected route with this track, creating a totally different vibe when compared to the original arrangement.

Singing the song from separate rooftops, the two belt out the classic Menken and Rice lyrics. The pair’s voices intertwine together perfectly, giving a beautiful R&B rendition of this classic Disney ballad, which plays during the film’s ending credits.

This mood-inducing version of the hit song, of course, features Zayn’s angelic ad-libs as well as Zhavia’s darker and more rounded tone than that of the typical Disney Princess, making this duet one to remember! To top it off, the visual is just as dreamy as the song itself.

The duo gets us in our feelings as they croon in various New York City spots, like on a rooftop and under the famous Bethesda Terrace in Central Park.

Similarly to several tracks off of his debut album, Mind of Mine, Zayn was sure to add in a Pakistani feel to the song, which really made this rendition of the song stand out. Many are calling the new version “moody” and not true to the original, but fans seemed to love the song and many are begging for ZAYN to be Aladdin himself! We have to say, we 100 percent agree.

Zayn as Aladdin, a thread pic.twitter.com/MMboUBsqxz

The live-action film, Aladdin, will open in theaters on May 24, we stoked about it! What did you guys think of the remake of this classic song? Let us know in the comments below or tweet us @soundigest!