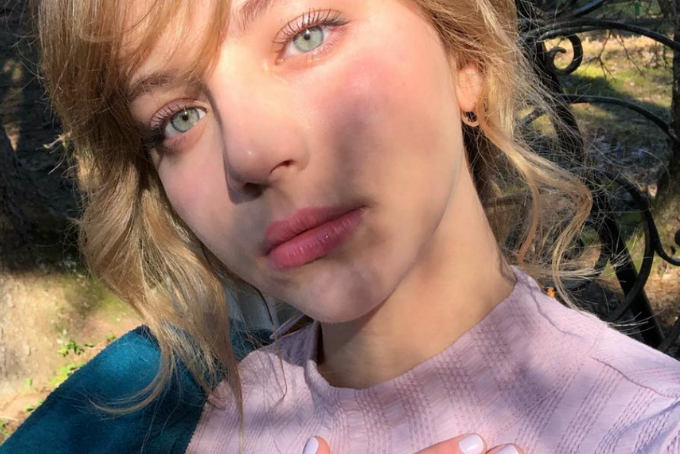 Singing since she was a toddler and now going on tour next month with Bailen, Hailey Knox is making her name known in the indie music world. She made time to talk to us about what her music, touring and what fans can look out for in the future!

Thanks for talking to us! So, let’s just get to know you a little better. When did you know you wanted to be a singer? How did you get into music?

I have been singing since I was around 3 years old! My dad would play guitar while I sang and made up little songs. I picked up the guitar around 7 years old, and the first song I learned was “Blackbird” by the Beatles. My mom would put music on as soon as I woke up and I’d end up creating late at night when everyone was asleep. I would play when I came home from school and write music as a way to escape.

Congratulations on recently finishing your headlining tour! Did you have a favorite city? Any city you were super excited to play in?

Thank you! The whole tour was a lot of fun. Pittsburgh was a really fun show. A lot of people were singing “Hardwired” with me, and the energy in the room was so cool. Playing New York towards the end of the tour was also such a great night. A lot of my friends came out and I got to see my family for a little before heading back out on the tour.

What is your favorite part of being on tour?

I love meeting people after the show. When people come up to me and tell me how a song has impacted them or has helped them, it is such a beautiful feeling. Sometimes before I release music there’s a bit of fear about it being out in the world, but seeing the lyrics be sung and understood by others makes me feel like I’m not alone in how I’m feeling.

Where would you say you gain inspiration when writing? Who are some of your artistic or musical inspirations?

I listen to a lot of different genres. Billie Eilish is one of my favorites right now. Tierra Whack, Jack Harlow and Kevin Abstract are a few of the artists I’m listening to right now that inspire me. When I write, I try to be as honest as I can. When I’m in my head and feeling low,  I honestly think I write better. I write about whatever I’m going through or dissect a certain moment and write about that feeling.

You also recently released your mixtape, Hardwire Mixtape. If you had to pick one song from it to describe you, which would you pick and why?

“Hardwired” is one of my favorites, and it’s the most honest song I’ve written. I feel very connected to every lyric and wrote it with a good friend of mine. The verses are very personal, and I think you understand me more when you listen to the song.

Tell us a little about your mixtape. What kind of vibe does it give off?  What do you hope fans take away from it?

I think the vibe is a bit scattered in terms of production, but it shows a lot of different sides of me. I talk a lot about self-doubt and feeling alien. I hope people can connect with what I’m saying. Whether it’s in the more vulnerable songs where I talk about feeling “hardwired differently” or in a song like “Traumatized,” where I talk about my awkwardness.

“Hardwired” was played in an episode of Grey’s Anatomy. That’s super awesome! How did it feel to hear your song in such a popular show?

It was so amazing hearing it on the show. I had never heard a song of mine on television before. I was on tour at the time, and we watched it on a computer because the hotel didn’t get the channel!

You’re going on tour with Bailen in June, what are you most looking forward to?

I haven’t met Bailen yet, so I can’t wait to hang with them and hear them play. I’ve watched a lot of their live videos and their harmonies are insane. I also am excited to be on the West Coast! I have a lot of friends I hope to see out there. I’m also excited to get a new set together for this tour and meet people after the show.

What can fans look out for during the upcoming tour?

I’m working on new music. I’ll be playing some new songs and some off of the mixtape. I also am figuring out new merch!

Take a look at Hailey Knox’s video for “Hardwired” below!