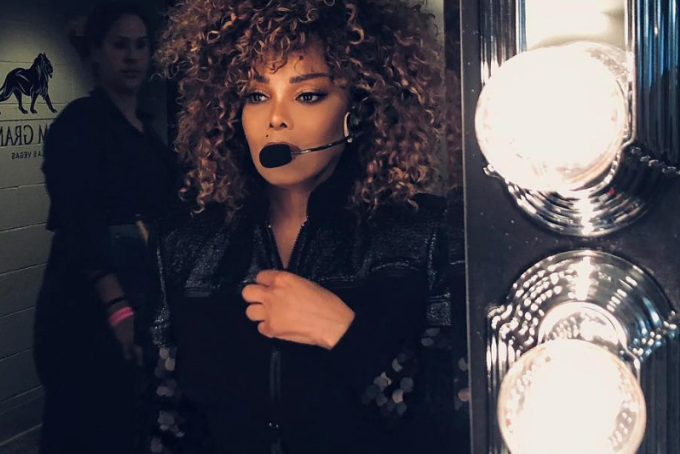 Janet Jackson began her career in showbiz at an age where most of us were still trying to figure out how simple math worked, so it’s no surprise that she grew up to become one of the greatest entertainers in pop culture history.

As far as music goes, Ms. Jackson has 78 singles under her belt, 10 of which hit No.1 on Billboard’s Hot 100 chart. In honor of her birthday on May 16, we plowed through her overwhelming discography and narrowed it down to the best of the best. Here are 15 of Janet Jackson’s top singles, ranked from worst to first.

Bear with us here. “Call On Me” isn’t a Janet Jackson classic and it only peaked at No.25 on the Hot 100 chart, but this mid-tempo ballad with a feathery hip-hop influence is arguably one of her most underrated songs. The 2006 single features Nelly and was co-produced by Jermaine Dupri, who at the time had just helped Mariah Carey orchestrate a phenomenal comeback with some of her greatest work to date. Unfortunately, “Call On Me” arrived on the heels of the infamous 2004 Super Bowl debacle which, for some reason, Janet took all the heat for. In a perfect world, this single would’ve gotten the attention it deserved.

As the closing song in the iconic 1993 film Poetic Justice, starring Janet herself alongside the late Tupac Shakur, the heartfelt ballad was nominated for an Oscar for Best Original Song. “Again” steadily climbed the charts until it ultimately became one of her 10 No.1 singles.

This sweet, straightforward love song samples the smooth guitar riff from America‘s 1972 hit “Ventura Highway” and, interestingly enough, makes use of a melody from a late-1800s piano composition. Talk about unorthodox production work.

Who would’ve thought that a song from the 2000 film Nutty Professor II: The Klumps would end up being one of Jackson’s No.1 singles? It’s an unexpectedly catchy tune about loving someone for who they are on the inside despite what their outward appearance may be. You can’t really beat a classic pop track with a positive message.

1989’s “Black Cat” introduced us to Janet Jackson’s rockstar side with heavy guitar riffs and a solid vocal performance from the legendary pop star. It’s a classic headbanger along the lines of her late brother’s “Beat It.” The impressive genre transition proved to work in Janet’s favor, earning her the top spot on the Hot 100 chart.

As Janet’s first ever No.1 single, the track is impossibly catchy and upbeat with a relentless bass line and innocently simplistic lyrics. If there’s anything the Indiana native knows how to do, it’s make you feel unadulterated joy.

An undeniably fun and joyful tune, “Escapade” was one of three No.1 singles that spawned from Janet Jackson’s Rhythm Nation 1814. It’s nothing but pure happiness bottled into a song, and sometimes, that’s all you really need.

Originally written as a ballad, this No.1 hit about loss and death was flipped into an upbeat, disco-infused track to work as a celebration rather than an expression of sorrow. It also serves as an ode to AIDS victims, inspired by the death of one of Janet’s own friends. It’s a beautiful concept that gives hope of a brighter future—a message that we all need to hear every now and then.

“Runaway” was created with the intention of being a collaboration between Janet and her brother Michael Jackson, but that idea was scrapped. Regardless, Ms. Jackson went forward with the song and gave us one of her catchiest hooks ever. The production plays with Asian and African influences to complement the poppy rhythm. It’s a feel-good tune whose lyrics tell you exactly what it’s all about: “And I just know we’ll have a good time.”

The first single from Rhythm Nation profits from a massive industrial drum beat and a sassy, unapologetic vocal performance. It spent four weeks at the top of Billboard’s Hot 100 and the official music video became a choreography staple that served as inspiration for future pop stars.

With some of the funkiest production work in the Indiana native’s discography, “Nasty” benefits from quirky lyrics and a no-nonsense aesthetic that still sounds fresh to this day. The line, “My first name ain’t baby // It’s Janet // Ms. Jackson if you nasty,” has been referenced several times throughout pop culture, and it’s a ridiculously fun lyric to shout mid-song.

Although known more for its iconic music video, “Rhythm Nation” still stands as one of Jackson’s biggest songs. It houses a solid political message and an infectious chorus that makes you want to move. “Rhythm Nation” has been cited as an influence and has been paid homage to by artists like Lady Gaga, Beyonce, Usher, Britney Spears, Rihanna, and many more. It’s a Janet Jackson standard that’ll never die.

As one of Jackson’s most beloved tracks, “All For You” scored a Grammy for Best Dance Recording and topped the Billboard Hot 100 chart for seven consecutive weeks. The song, which samples Change‘s “The Glow of Love,” is a fun, carefree hit that still remains a staple in her tour setlists today.

This No.1 hit was originally meant to be a duet, with talks of possibly getting Prince on board. That’s why Janet’s voice is borderline masculine in the first verse. The collaboration never panned out, but it didn’t need to. To this day, “Love Will Never Do” still houses one of Jackson’s greatest hooks ever.

“TTWLG” marks Janet’s longest-running No.1 single on Billboard’s Hot 100 with eight weeks at the top of the chart. The sultry track was unlike anything Jackson had done before and it received a Grammy for Best R&B Song. It’s arguably one of Jackson’s most important tracks as it set a more sensual, hypnotic foundation for many of Jackson’s later works.