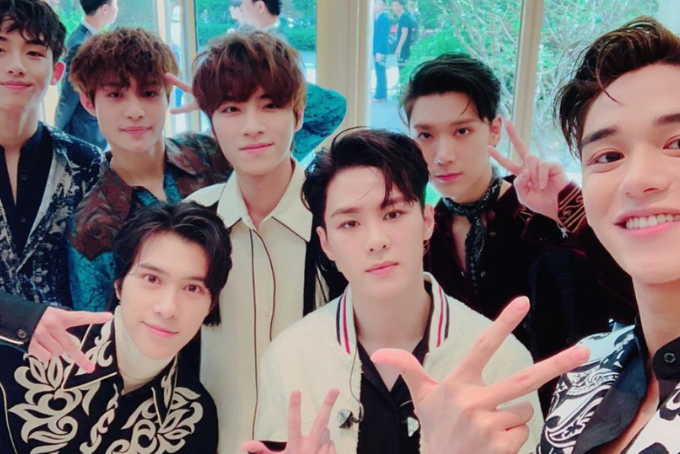 The first mini-album from China-based boy band WayV has landed. The group returned with lead single “Take Off” off their new album of the same name. Take Off contains six tracks, three of which were featured on their debut EP, The Vision.

Their comeback was preceded by teasers showcasing their new concept with dramatic sequences of each of the members preparing for their next adventure.

“Take Off” was released alongside its futuristic music video that features the members interact with different vehicles in different cities across the globe. The vibrant dance track contains electro-pop and trap leanings. Backed by the heavy bass and intense drum sounds of the chorus, the members sing about getting ready to take off. The septet takes their audience on a wild ride with their pulsating rap verses and sleek choreography.

The concept of a “take off” seems to be a sequel to WayV’s original “Dream Launch” plan and single that is featured on this mini-album as well as their previous EP.

New tracks released on Take Off include the EDM heavy “Say It.” The song begins with melodic vocals detailing a lost love before the electronica kaleidoscope kicks in. Lyrically, the group is fooled by lies and performances of a lover and pleads them to say whether it was real or not.

“Let Me Love You” showcases a softer side of WayV’s musical abilities. It’s the only ballad on the album and serves as a sweet acoustic love track. “You got me falling in love // I’m in love, I’m in love // Let me love you,” the group sings.

Existing songs on Take Off include Mandarin versions of NCT‘s “Regular” and “Come Back.”

The burgeoning concept of dream plans and take off provides WayV with endless possibilities in their artistic direction as a group. Just where will they go next?

We’re hoping for more original songs from the group, but in the meantime, listen to WayV’s mini-album here: