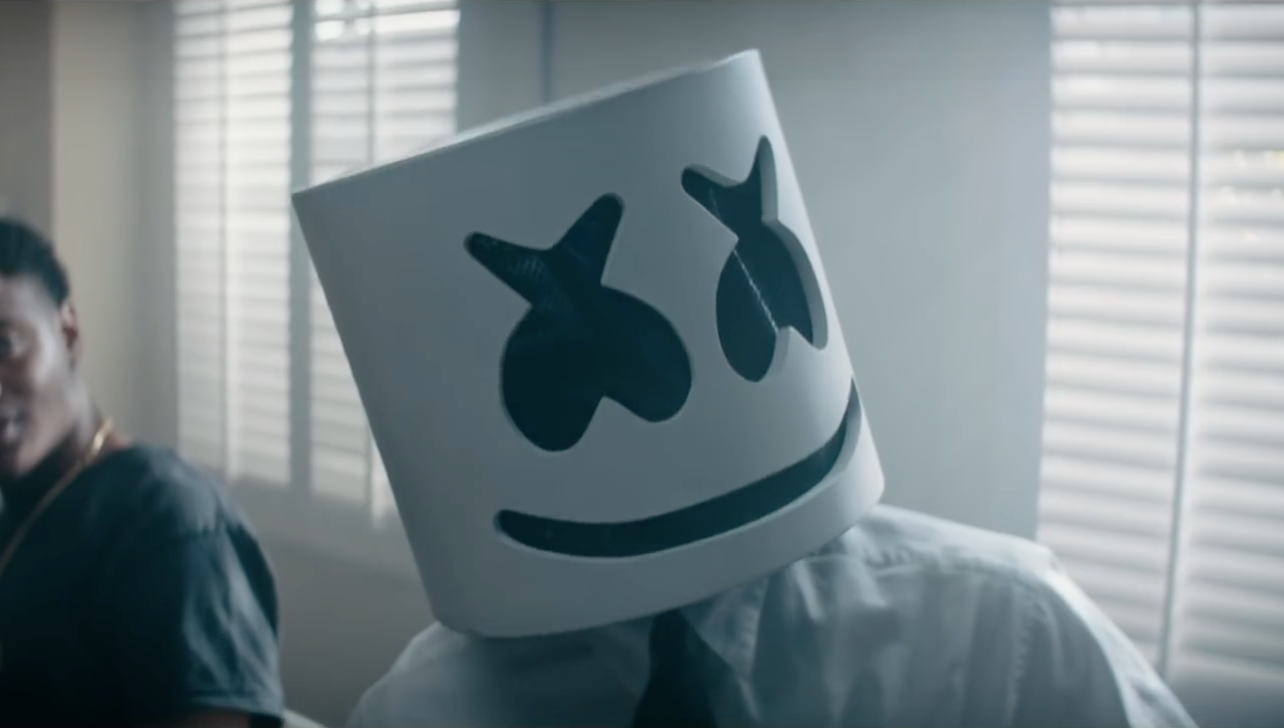 It’s 2019 and Marshmello is one of the biggest names in electronic music. With a ton of radio hits and a seemingly infinite stream of collaborations, Marshmello is everywhere. What makes the DJ stand out? His attention to artistry and detail, of course. Dance music often creates a vibe or atmosphere, and Marshmello has captured that in the form of videos for those who couldn’t make it to his shows. In honor of the musician’s 27th birthday, we’re counting down his seven most creative music videos.

“Moving On” is a cute and sentimental video. Many of Marshmello’s videos travel his character (the boy in the Marshmello mask) through many of life’s adventures. In “Moving On,” the DJ is graduating high school. The video shows him and friends going through memories, and although it seems like they will all be traveling different ways post grad, the song reminds us that they’ll still be there for each other. And of course, Marshmello plays a pretty awesome DJ set to close out his graduation.

“Stars” is the classic ‘follow your dreams’ story. We have the Marshmello high school character again, but this time, he’s playing sports. Despite being put down by local kids for not being good at soccer, Marshmello will stop at nothing to play like a pro athlete. Although some days he feels like quitting, our boy pursues his dreams. He even enlists his dad (also in a Marshmello-style helmet) to be his coach. You won’t be able to stop smiling at the end when he flexes on all the other boys with his soccer tricks.

“Alone” is one of the songs that put Marshmello on the map, and the music video really reflects that. Not only does it have over 1 billion views, but it tells a story of music making people feel less alone. The video starts with Marshmello starting at a new school and getting bullied. He is happiest at home mixing music. However, when a girl in class discovers his musical talent and gets to know him, things turn around. Marshmello is able to connect with others through his music and start a movement at his school.

The “Here With Me” video is nothing short of an emotional rollercoaster. We get a behind-the-scenes look into the life of a mother and daughter of a firefighter. Through the lyrics and storytelling, this video has viewers feeling everything as they watch the firefighter dad/husband put his life on the line for others. We don’t want to spoil the ending for those who haven’t seen the video, but the surprise caught us totally off guard. Marshmello reminds us that there are many ordinary people out there being heroes.

Once again, the EDM artist finds a way to bring a great lesson (and lots of feelings) into his video. “Together” tells the story of high schooler who’s unsure of who he is. Nevertheless, he uses that as an opportunity to learn about the different cultures of his friends. At the end of the day, Marshmello goes home to look through old family photos and learn about his heritage from his parents. After all, we’re all different, but still the same.

If you haven’t seen this video yet, get out your tissues now. “Happier” tells the story of a girl (played by Miranda Cosgrove) growing up with her dog. Whenever she is sad, her trusty golden retriever has her back. Without spoiling anything, we have to say that Marshmello does an amazing job expressing the connections between humans and their dogs. Once again, Marshmello and his team’s attention to detail and storytelling is truly remarkable.

We don’t want to say we saved the best for last, but it’s definitely possible. The “Imagine” music video is both funny and creative. Even better, it gives nods to all of Marshmello’s previous successes. In “Imagine,” the DJ is working in an office, making music alongside great artists like Logic. You can’t look away from the video for too long because you might miss a cameo. The artist gathered up some of his favorite collaborators and got them all in one vid. Furthermore, he still packs in the message of how far you can go in life when you work hard for your dreams. Lastly, the video ends with hints of Joytime III, Marshmello’s highly anticipated third album.

We can’t wait for more Marshmello — especially in the form of new music videos.