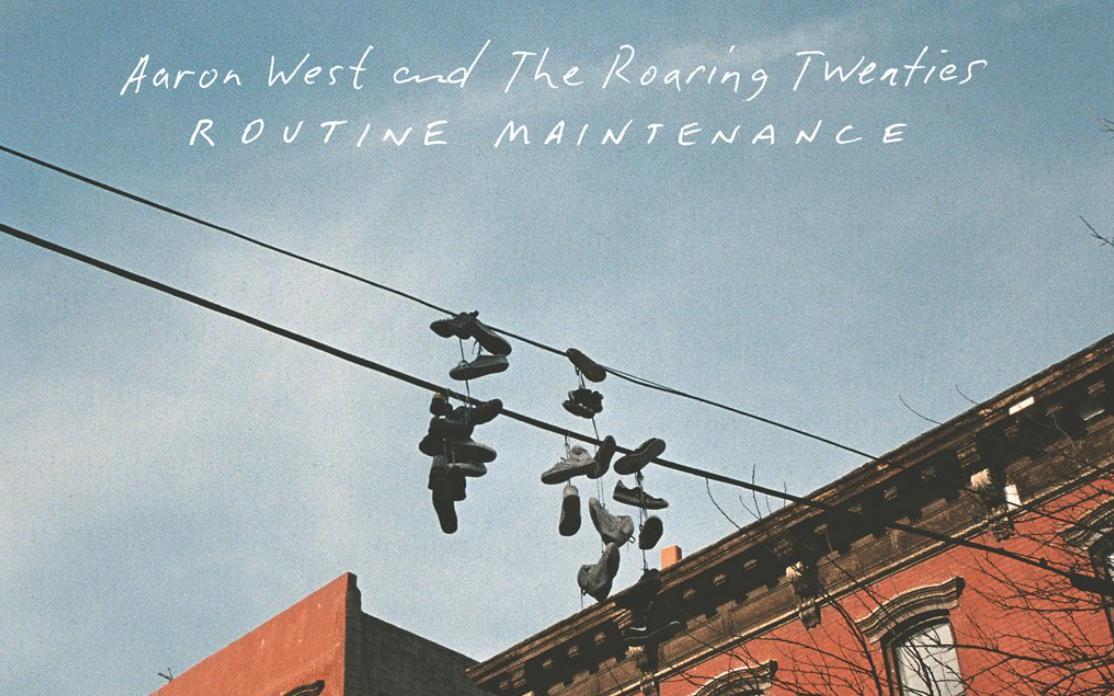 It’s been five long years since we last heard a new album from Aaron West & the Roaring Twenties. But finally, The Wonder Years‘ frontman, Dan Campbell, is bringing his other project back to life.

The project tells the fictional Aaron West’s story as he copes with life, love and tragedy. The brutal honesty, heartfelt cries and believability of the Aaron West’s debut We Don’t Have Each Other won over fans.

Routine Maintenance seems to pick up where We Don’t Have Each Other leaves off. Sonically, Routine Maintenance is extraordinarily similar to his debut LP. The two albums blend seamlessly into one another, solidifying the idea that the music exists to tell a cohesive narrative.

Five years in the making. I’m gonna be someone you can count on for a change: https://t.co/UKhoclz6Hf pic.twitter.com/QY3vxqnuJL

The brand new album kicks off with “Lead Paint & Salt Air,” with booming, melancholic instrumentals pulling the listener in. The vocals evoke a feeling of desperation and longing.

There were no songs that were particular stand-outs on the album — it seems as though each song evenly pulls its own weight, delicately coming together to build a heartfelt narrative that transports the listener to the world of Aaron West.

In an interview with Rocksound, Campbell explains, “There is a redemption arc built into this album. I really wanted to focus on Aaron growing as a person and understanding how to better cope with tragedy instead of just shutting down and being self-destructive and self-absorbed and self-obsessed. If we’re not showing any growth then we aren’t actually telling the story at all.”

While the album starts in the same darkness We Don’t Have Each Other leaves us in, the last two tracks offer a more light-hearted ending to the story. The title track, “Routine Maintenance,” really highlights the growth Campbell references in the interview.

Though the title track is melancholic, it ends on the bright note of, “I don’t want to see how dark the night gets // And I’m shoveling snow // And I’m fixing the gate // I’m going to be someone you can count on for a change.”