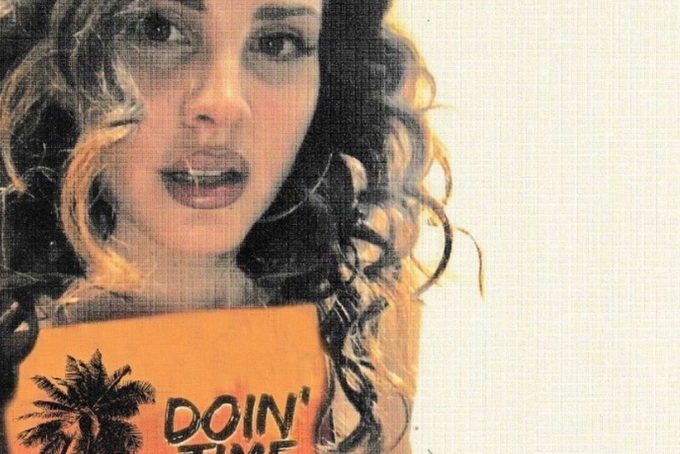 Native New Yorker Lana Del Rey assimilated to the California lifestyle faster than you can say “flower crown.” She has paid tribute to the “West Coast” time and time again, and now she’s using her talents to honor a famous Long Beach, California band.

After some light teasing on social media, the queen of summertime aesthetics dropped her cover of Sublime‘s 1996 classic, “Doin’ Time,” and it’s as perfect as one would expect it to be.

“Doin’ Time” might not be an original song from Lana’s upcoming, and heavily-delayed, album Norman F*cking Rockwell, but this cover makes a lot of sense for the “Young And Beautiful” singer. The tune pulls the musician back into a sound she excels at: the upbeat, yet laidback, trip-hop vibe that’s prevalent in tracks like “High By The Beach,” or about half of her incredible Born To Die album.

The vocals are captivating, sultry, and coated in that borderline excessive reverb that gives the production an otherworldly sound. The song peaks during the bridge, where Del Rey’s voice escalates with an airy emphasis that makes you feel like you’re sitting on a cloud. It’s an aesthetic that fans of the New Yorker are comfortable with, but it also adds another layer to the band’s original work.

Summertime and the livin’s easy @sublime

The cover was recorded for a Sublime documentary, named after the ska band itself, which premiered at the 2019 Tribeca Film Festival. Lead singer Bradley Nowell died of a heroin overdose the same year that “Doin’ Time” was released. Lana’s rendition stays faithful to the 1996 version, which also sampled Brooklyn composer George Gershwin‘s famous “Summertime” piece. It’s catchy, it’s ethereal, and you can tell that Lana was fully satisfied with her work. It might not be the new Norman F*cking Rockwell content that we’ve been eagerly awaiting, but it’s enough to tide us over until the album drops.