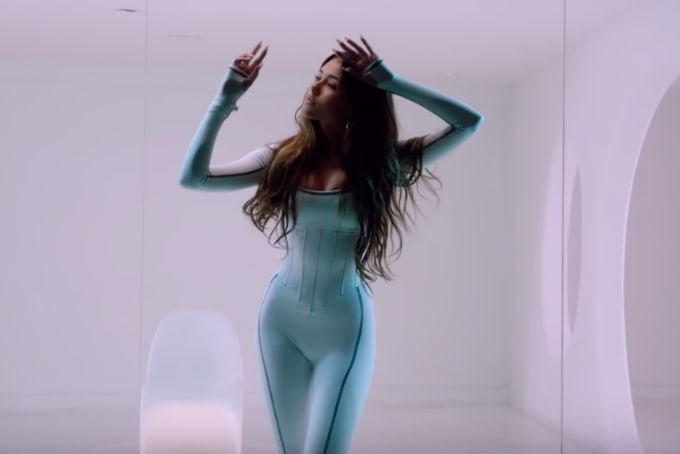 Madison Beer dropped her new single, “Dear Society,” as well as its accompanying music video last Friday, May 17. The track shows Beer at her most mature with lyrics like, “Been 21 since 17 // Thanks to all the magazines.”

The single is an ode to a person who is bad for the 20-year-old’s health. The “Dear Society” title comes from a line in the bridge: “Dear society, you’ve pushed me to the edge // So here’s some clarity // The truth is, you’re the one who’s always there for me // With my daily dose of internet // And all the things that I should quit, but can’t.”

welcoming you to L.S. labs

Beer sings about wanting to scream and break her phone screen due to the pressures that society puts on her because she’s a celebrity.

“Diets that I shouldn’t try // it feels like social suicide // And honestly, it’s cyanide, I’m bound to die.” Between the pressures of fame (i.e. the “need” to diet, being sexualized at a young age), the singer/songwriter is also addicted to a person who isn’t good for her.

In the pre-chorus, Beer emphasizes how bad this person is for her health: “I’m a natural disaster // But even after all that I do // It’s you who’s gonna be the death of me // And none of this matters // Baby, it’s you, it’s you.”

In the chorus, she takes this even further, explaining that she is “addicted to the hell” that this person is putting her through.

“You’re bad for my health // I should probably get some help // I can’t control myself, I’m addicted to the hell,” she sings.

The track has racked up over 2 million streams since it dropped. The video has also been viewed over 2 million times. In the video, the singer/songwriter is isolated in a room and hooked up to an IV bag. She goes through scenarios where she’s being observed and taken care of by a group of doctors. Ultimately, the doctors give up on her, seemingly because she is a lost cause. You can watch the video HERE: