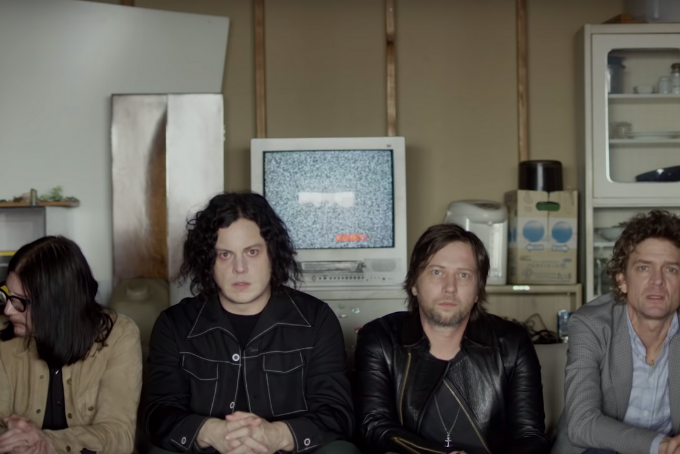 This week, rock group The Raconteurs released the visual for “Help Me Stranger,” the latest single off of their upcoming album Help Us Stranger.

The music video begins with a shot couple dancing in a green-lit room. However, once the guitars hit, the audience is immediately taken to a shot of the band, made up of Jack White, Brendan Benson, Jack Lawrence and Patrick Keeler, in a studio space performing the tune. Shortly after, the audience watches Jack White find an abandoned baby on the street, engulfed in fog. He finds himself then in front of a storefront in Kitmitsu, Japan while Benson makes phone calls in an ominously green lit phone booth.

“Help Me Stranger” is out tonight! Tune in tomorrow for the video premiere at 7am PT/10am ET. Link in bio.

The newly reformed group filmed some of the shots while they were touring in Japan last month. The video is a whacky mix of typical band shots as members stare unsettlingly into the camera. The band goes from normal press photos to shooting green lasers from their eyes.

The band will be kicking off their North American tour this July. They’re also slated to play at Austin City Limits in October.

Our new single “Help Me Stranger” is out now. Listen in bio.

This video goes along with the second release of Help Us Stranger, the first being a cover of “Hey Gyp (Dig the Slowness).” The quartet also released a limited edition white vinyl for independent record stores for the cover.Help Us Stranger will be the first LP from the rock group since 2008.