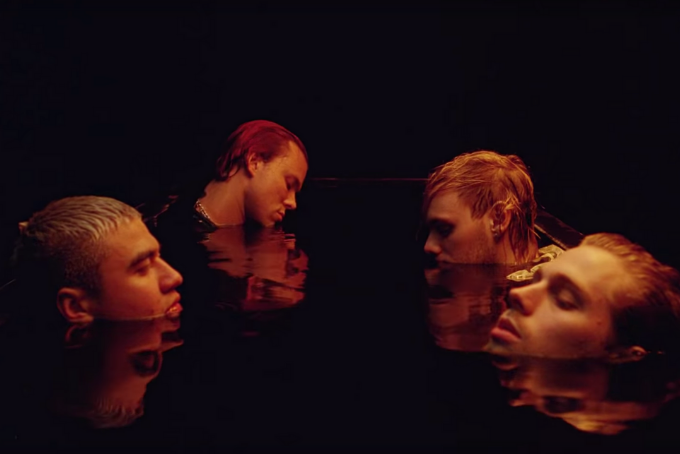 Ever since 5 Seconds of Summer released their latest album Youngblood, the band has been killing it and fans have been dying to see what direction the band is going to venture to next. When the band began teasing the release of a new single, which we now know was penned “Easier,” fans immediately got super excited for the release. The new track is definitely unlike anything we have heard from the Australian-based band before, but we’re ready to see what else this era of 5SOS music has to offer.

“Easier” was co-written with powerhouse lyricists Charlie Puth and Ryan Tedder, which makes it even more understandable why this song is such a hit.

The singleis extremely catchy and will for sure be a major radio hit this summer. Luke Hemmings handles the majority of the vocals, as he describes the feeling of debating whether or not he should stay in a toxic relationship.

In addition to the release of the song, the band also released an accompanying music video, and it is without a doubt one of the darkest videos we’ve ever seen the band release. The video includes visuals of the band chained up and drowning in water, which could signify the feelings they are experiencing in this toxic relationship. Along with that, the video also includes visuals of large posters of each band member going up in flames along with a poster including four symbols (also tattooed on the female lead’s back) of which fans are very curious to figure out the meaning.

If you haven’t already, check out the video for “Easier” below and leave a comment to let us know your thoughts on 5 Seconds of Summer’s new direction!