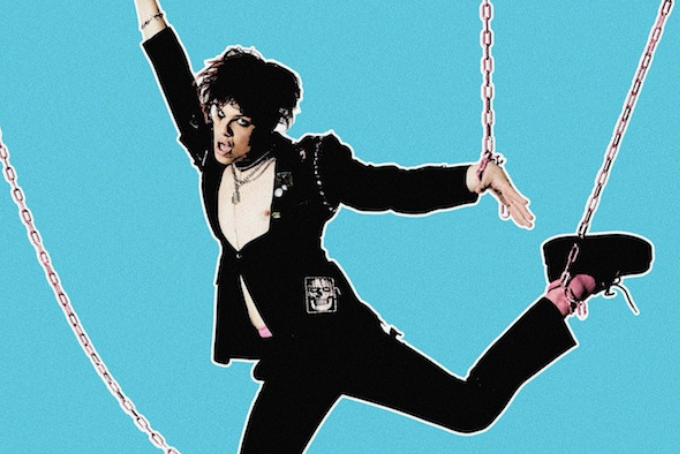 Whether you like it or not, this kid is going to be famous.

A mix of ska, rap, and a touch of glam rock, Dominic Harrison, better known by his stage moniker, Yungblud, is poised for the kind of superstardom that, when he achieves it, will be ironic because it will contradict the very values that made him famous in the first place.

A self-described “socially conscious artist unafraid of delivering genre-bending protest songs,” it’s easy to disregard Yungblud at first. Everything about him feels a bit “put on,” from his image, to his sound, to his lyrics.

Effectively, it’s a less eloquent interpretation of the fourth verse of “The Times They Are A-Changin,” or the equally iconic Will Smith and DJ Jazzy Jeff‘s song “Parents Just Don’t Understand.”

With a beat, flow, and sound that all seems to mimic Twenty One Pilots (you know, the other band de jourfor teenage misfits), “Parents” isn’t very exciting.

Yungblud is still, you know, young, so his lyricism can come off as a bit over dramatic at times, but that doesn’t negate how clever this song actually is, and it’s easy to see how much cleverer it wants to be. At the moment the rhymes are a bit elementary, but the subject matter isn’t, and the music has the polish of a much older artist.

wear what you want , think how u like , if they try and place boundaries upon you tell em to jump on a fookin knife … ☺️🖤

Yes, the general gist of the song is very stereotypical, but the gist is where the stereotypical stops. In just under three minutes, he manages to cover homophobia, the sins of the Catholic Church, gun control, and the hypocrisy of “keeping up appearances.”  And the listener is never once left wondering where he might stand on these issues.

The kid’s got ambition and guts, and that’s something to admire.

“Parents” is a bold statement from such a new artist, and honestly, a risky move. This kind of song, though very radio-friendly, has the potential to draw a lot of backlash if any parents do end up actually listening to the words.

Truthfully, though, every controversial thing about this song is wrapped up in production so tight, that while Yungblud might be looking for a fight, he probably won’t get one—it’s just as easy to imagine parents being outraged by this song as it is to imagine a cleaned-up cover of it on the next Kidz Bop.

Either way, the fantasy ends with Yungblud becoming a household name. And if “Parents” is where he’s starting, we can’t wait to see where he’s going.