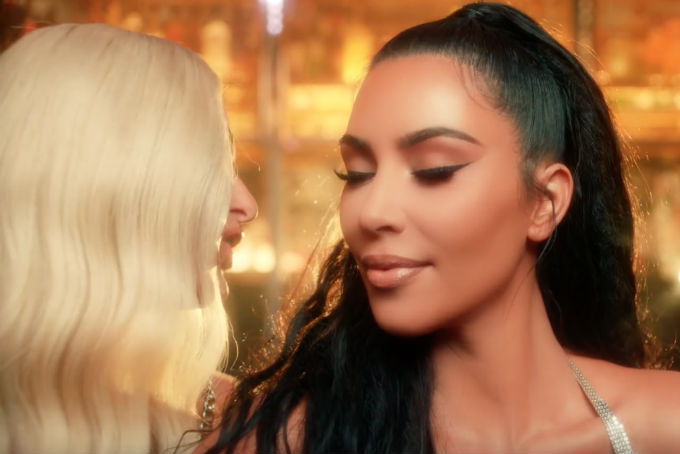 Paris Hilton‘s music video for “Best Friend’s Ass” takes us back to simpler times, circa 2006 to be exact. Hilton’s collaboration with Dimitri Vegas and Like Mike on this single is exactly what we could sonically expect from the heiress. “Best Friend’s Ass” is an exclusive single with one sole purpose — partying at the club. Hilton is notorious for being a party queen herself, especially in the earlier years of the 2000s. The media always framed her as the poster child party girl of the decade, who was usually accompanied by BFF Kim Kardashian-West. Although the two starlets had a bit of a falling out, the duo made the official debut of their rekindled friendship through their appearance in this music video.

The plot of the video channels both the fantasy and reality of the nightlife lifestyle with a futuristic twist. The satirical project opens with two regular, everyday girls walking into a warehouse party. As they stroll past the bouncer, they begin complaining about the club’s guest list and overall exclusivity. The club-goers’ small talk featured on the track sets the tone for a comedic narrative that depicts the stereotypes of the average “party girl.” Once they arrive inside the warehouse, a worker offers them a few pairs of futuristic glasses, and they suddenly emerge into a virtual reality.

After the two girls put on the glasses, the video cuts to a new shot where they’ve transformed into Hilton and popular social media influencer Nikita Dragun. This virtual reality is a much more glamorous environment, featuring Hilton’s best girlfriends, bottle service, selfies and a twerk-off.

Hilton sings: “All I see is f*ck boys everywhere trying to make a pass, but I can’t stop looking at my best friend’s ass.” Although the chorus of the song references Kardashian-West’s trendy figure, she makes the slightest appearance in the music video, only visible for a few seconds. This seems a bit odd considering Kim is associated with title of the single. With such a raunchy track, you would think the producers would want to keep this music video anything but understated. However, the reality star makes a small contribution.

Altogether, the “Best Friend’s Ass” music video is just as nostalgic as it is entertaining. The satirical factor of the song shows that the socialite has a lighthearted side and isn’t afraid to joke around with her image. Not only does Hilton create hilarious content, but she’s talented in production as well. Between the influence of Dimitri Vegas, Like Mike and Hilton herself, the trio produced an silly yet successful club anthem. And don’t worry, we won’t judge you if you play it on repeat while pregaming with friends. After all, the track is our guilty pleasure too!