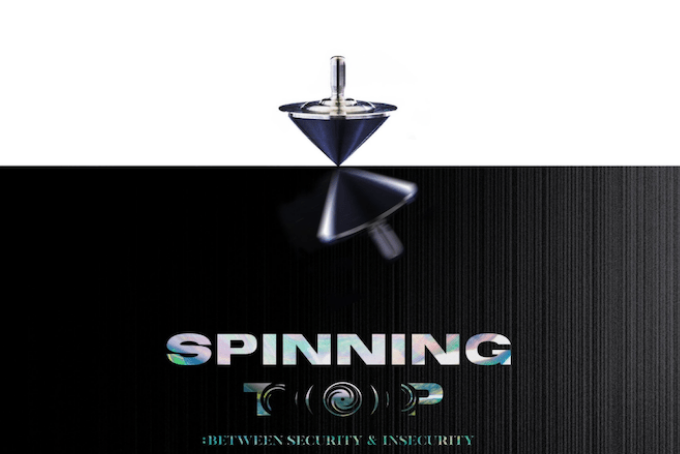 K-pop group GOT7 have made their comeback with a new EP, Spinning Top: Between Security & Insecurity.

The 6-track project takes listeners on an emotional roller-coaster as the septet open up more than ever about their vulnerabilities and confidence within themselves.

Opening track, “1°,” sets a somber, but appropriate tone for the overall concept of the EP. They sing about the varying degrees to which something can go terribly wrong. They mention their turmoils and compare them to a “spinning top.” With each degree, things are becoming more unstable as darkness eventually takes over. Youngest member Yugyeom had a hand in the creation of the track.

The title single “Eclipse” was released alongside their music video. Leader JB (credited under his producer pseudonym DEFSOUL) co-wrote and co-produced the track. Through charismatic vocals and rap verses, each of the member’s individual strengths shines in the future bass track. Lyrically, the group speaks about their self-doubts and anxieties similar to that of an overshadowing “eclipse.” However, in darkness and in spite of their fears, they choose to remain hopeful as they are “gonna win this fight.”

The ominous music video showcases the members in a variety of sets, some of which depict optical illusions. We see Jinyoung climbing a spiral staircase and Youngjae in a slanted room. They then all come together to perform their intricate and detailed choreography in a dark, shifting set. It’s only when we see the staircase crumbling and things start shifting in the room, that we can conceptualize that, although things may seem impossible, we can still find a way to escape the shadows of an eclipse.

The roller coaster continues with “The End” (끝), penned by Jinyoung. Although the lyrics deal with a breakup, the up-tempo nature of the track is a pleasurable highlight of the album. This is further showcased by each of the rappers blending rap verses and vocals. There isn’t a clear structure to the song but the lyrics about love and loss are poetic enough that we get the idea either way.

“It’s the end // Probably will regret this moment // Through you, I found my universe // But I will soon lose it at the end,” Jinyoung sings.

“Time Out” is perhaps the most relatable track of the album as the universal theme of security versus insecurity is incredibly evident. Simply put, we all need a break from life or a “time out.” The song has a chilled out, more mellow production compared to the title track, but nonetheless, we’re still in our feelings. Youngjae (credited as Ars) co-produced and co-wrote this one.

In “Believe” (믿어줄래), the group takes on newfound confidence and as they ask their listeners to still believe in them despite their flaws. This time it’s BamBam that had a hand in the rap-centric track. The chorus has a unique blend of rap and vocals, but we could’ve done without the excessive vocal distortions.

The EP rides out on an extremely high note with the once-again DEFSOUL penned and produced track “Page.” They’re literally writing a love story, complete with a pen, pages, and everything in between. In addition to “Eclipse,” fans are already loving this clever track. Jackson‘s raspy vocals during the chorus are a definite standout.

“I think I love you // Because of you I’m not wavering now // You’re the only one filling it up,” he sings.

When it came to the universal theme of both security and insecurity within oneself, the EP definitely didn’t disappoint. The group has been around for a few years, and naturally, their music has matured along with them. With Spinning Top, we get to know the group on a deeper level as they open up about their hopes, struggles and vision as a group for the future. All the while they still retain that signature GOT7 production and sound.

This summer, the boy band will be embarking on their Keep Spinning World Tour in support of their latest release.