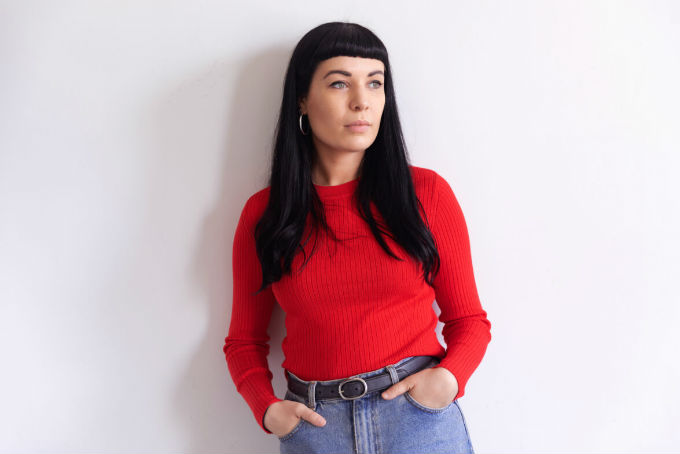 We recently had the opportunity to chat with WILSN, a Melbourne-based singer-songwriter. A graduate of the Victorian College of the Arts in Melbourne, WILSN made the move to Nashville to write and record her own music. In fact, her single, “Home,” was penned in Nashville.

We spoke with WILSN all about “Home,” her time as a student in Australia, her time spent writing in Nashville, and more. Check it out below!

You just released your new single, “Home.” Tell us a little bit about the track and what it means to you.

Home for me is Melbourne. It’s where I feel the safest and most at ease. I wrote “Home” while I was living in Nashville and dealing with an unwavering, deep longing for home. I lived there for two years and I was missing a lot of things that were happening back home. My sister and brother were each having their first child and I missed my sister’s whole pregnancy from beginning to end, which was sad.

I did make some amazing lifelong friends and enjoyed some really fun times over there. Friends like Jon, who wrote the keys part in “Home,” helped to lessen the homesick feeling. It felt really bittersweet to be so homesick, but also know that I was lucky to be overseas following my dreams, which lots of people don’t get the chance to do. This is what the lyrics in the bridge are about—”I know that I’m lucky // I know there are powers above me // And I’m learning to trust the bittersweet feeling of it // Hold it in, sink or swim.”

IT’S OUT! ✨✨ Listen to my new single “Home” on all the usual streaming platforms! (Spotify link in my story) I wrote this song in Nashville with my friend and pianist @jonuptonmusic ❤️ . . I spent the last two years of my life mostly living in Nashville. The music industry struggle became very clear to me, very quickly and there were weeks on end that all I could afford to eat was packet ramen or toast. I was constantly fighting through bouts of homesickness for my friends, family and the city of Melbourne itself. I never realised how much I loved Melbourne until I spent time overseas. It felt like a rock in the pit of my stomach weighing me down every time I tried to enjoy myself. The feeling was bittersweet because at the same time I WAS actually enjoying my time overseas working on my music and forging lifelong friendships. The constant homesick feeling also made me feel guilty that I might not be doing enough and that I wasn’t giving it my all because I’m very aware of how lucky I am to have the freedom to travel and pursue my dreams, as so many other women around the world don’t. This song came out of that internal struggle to stay and fight or go home ❤️ . . Special thanks to @stephen_mowat_producer @jonuptonmusic @jakelfish @oliviajonesmusic and @karmadeefa for helping me bring this one together 🙌🏻 ❤️

You received a Bachelor of Music at the Victorian College of the Arts in Melbourne. How did your experiences in Melbourne studying and performing shape your music?

To be honest, it didn’t really help with my current music. Alicia Keys and Aretha Franklin helped more. It’s handy having more musical vocabulary and theory knowledge than I might not have had otherwise, but if I didn’t go or dropped out, I don’t think it would’ve been a bad thing.

You also spent a lot of time in Nashville writing and creating music. Tell us about your experiences there. Was the contrast to Melbourne a big culture shock?

I wrote my upcoming 6-track EP over there, plus a lot of other songs along the way. I found the Nashville songwriting scene to be really supportive and encouraging. Going from Australia to America wasn’t a huge culture shock as they’re both western countries, but there are a lot of little things I had to get used to. One main difference is that I didn’t feel as safe there. In the short time I was there, there were many shootings in and around my neighborhood and that’s something that isn’t really a worry in Melbourne.

How would you say your music has evolved in the last four years since the release of your first EP, Don’t Give Up?

When I wrote and recorded my first EP, Don’t Give It Up, I was heavily influenced by artists like Amy Winehouse and Sharon Jones and The Dap Kings. I’m still really into that music, of course, and I always will be, but I think it’s natural to go through phases and evolve and to want to create something different. My upcoming EP is headed down a more pop route, still with soulful vocals and real instruments, but mixed with more modern pop songwriting and production. I’m really excited about it!

When you’re not in the studio or onstage performing, what do you like to do for fun? Do you have any interesting hobbies?

I’m usually just hanging out with friends or family, or watching bands, reading, or writing. There’s a park near my house where me and my friends like to go with a rug, some wine, and all the cheeses!

I’m always singing. Listening to music, working out how other singers do certain vocal runs—that might sound boring, but it’s fun for me.

How does your songwriting process typically work? Do you start with the lyrics or the melody, or is it different each time?

It’s different each time. Sometimes I start with a lyric I’ve jotted down previously and then put a melody and chords to it. Or, sometimes it’s the complete opposite, and I have a whole song or chord progression that needs lyrics and a melody. Same with co-writing sessions. Sometimes the other person takes care of the chords and I focus on the melody or vice versa. It could really go either way!

What do you hope listeners of your music take away from your songs?

To feel something, whether it’s from a connection to the melodies or harmony or the lyrics. When I listen to great artists that I love, I get goosebumps, and I hope that I can give people that same feeling with my music.

Singing a duet with either John Legend or Alicia Keys on piano. As a teenager, I obsessively learned all of their songs on piano and sang them, so getting to sing with either of them would be a dream come true!

Do you have any upcoming shows or tours planned that fans can keep an eye out for?

At the moment I’m touring in Meg Mac‘s band as her backing singer which is super fun and a great learning experience for me! I’ll be playing shows in Australia soon after that so keep your eyes peeled for announcements.

WILSN also released another single entitled “Fight Like A Girl,” which you can listen to below. It is the first single from her upcoming self-titled EP, WILSN, which will be released in June. To keep up with WILSN, check out her official website here.