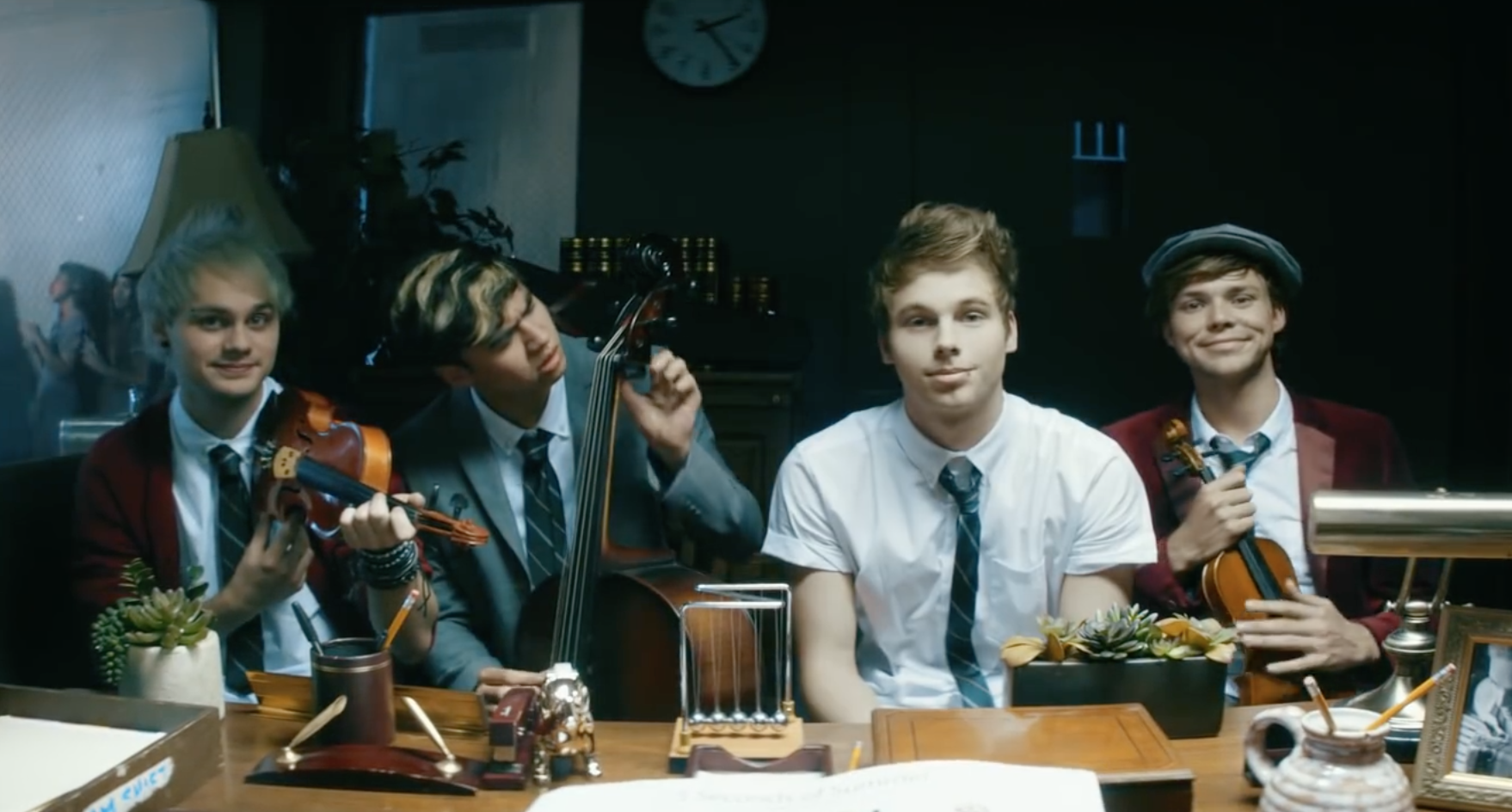 With the release of the new 5 Seconds of Summer music video, “Easier“, we ranked all of their music videos from our least to most favorite! Starting from 2012 up to this year, let’s see where your favorite 5SOS visual lands on the list!

If you want randomness, well this is the perfect video for you. The 5SOS boys can get silly at times and they definitely outdid themselves with this one! Our favorite part is Calum Hood with all the dogs; it can’t get more adorable.

Comic book superheroes was the theme for this 2014 single and Ashton Irwin rescued a cat? We thought he was allergic.

This one is definitely an oldie, featuring live concert footage and the boys meeting their fans, which will give you total nostalgia.

With slow-mo shots of the boys being themselves and footage of them recording the song, it reminds us how much 5SOS has let the fans see the real them over the years and how they are still the fun-loving boys everyone grew to love!

We see the band’s handyman side as the guys build a giant… float? We’d love to see this moving party rolling down our street!

This video was special because it showcased the fans and focused on the fans’ stories!

Pulling heartstrings in this video, Luke Hemmings can be seen trapped in a car before it crashes, symbolizing a bad relationship. And fire, lots of fire.

Taking us back to summer love and fun with friends, these visuals perfectly complement the lyrics to the track!

They really got into character with this one; Michael Clifford even pops up in some scenes as the Marshmallow Man!

In this recent collab with The Chainsmokers, the bands battle to the death! And there’s more fire!

A video all about self-acceptance and body positivity, as people strip down to their underwear…literally.

Impersonating a classical music group, this band of misfits wrecks havoc at an all-girls school with this hit!

This video features cool colors, spinning rooms and holds a dear place in the hearts of the fans as one of the first looks into the “5SOS 3” era!

5SOS’ newest video is breaking records already! As the first single for the new era, we can’t wait to see what’s to come!

This is a fav because who doesn’t love roller coaster faces? Featuring the band at an amusement park and live concert footage, this is a must-see!

Sometimes a video just hits different when the artist isn’t the main point, and this video is a great example. With amazing visuals and a sad storyline, we would 10/10 recommend.

Co-directed by the band’s own drummer, Irwin, this video breaks down gender roles with lots of gold glitter eyeshadow and eyeliner. Taking the number-one spot, this visual masterpiece will have you replaying it over and over!

This is by far one of the hardest lists we’ve ever had to rank! If you ordered the videos from worst to first, where would they land? Let us know in the comments below or tweet us @soundigest!