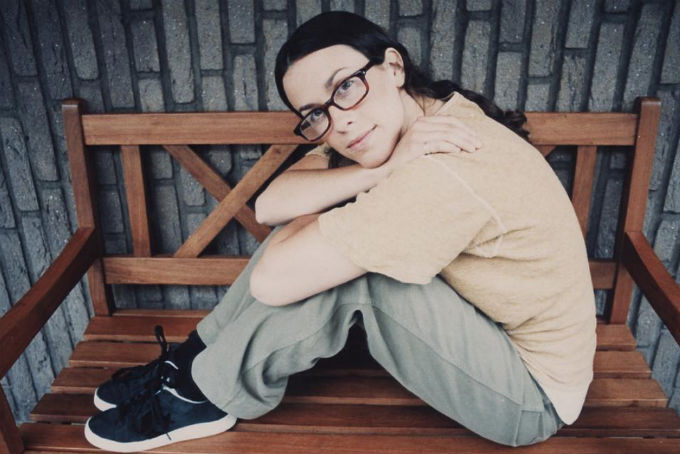 Is an introduction even necessary? The original ’90s seethe queen, the original woman scorned.

Alanis has been in the spotlight for almost 30 years, and she’s managed to be angry for most of them. Naturally, not every song she’s written has been “angry” — that’d probably be unhealthy — but a good portion of them are, and an even smaller portion are very angry.

In honor of her 45th birthday, here are the top five angstiest songs Ms. Morissette has ever penned.

“And what it comes down to, is that nobody’s really got it figured out just yet.”

From her 1995 breakthrough album, Jagged Little Pill, “Hand in my Pocket” perfectly captures the angst and confusion of being a young woman in her twenties. Sure, it’s a happy song in general, but nothing quite hits the confusion of that age than this song — a song about not quite knowing where you stand, and not quite having your life figured out, (but feeling ok about it anyways).

Morissette is the queen of breakup songs. If you’ve ever been the crafter of a breakup playlist, this Canadian songstress has definitely made an appearance. Coming off of her 2002 effort, Under Rug Swept, it was the first time Morissette had written and produced everything on an album by herself, and it shows.

“Hands Clean” is a particularly sharp piece, and in the age of #MeToo, we have to wonder its inspiration. But clearly, this story (as the album name indicates) is meant to be under rug, swept, and we may never know.

Is Jagged Little Pill going to show up on this list a lot? We don’t know — is the Pope Catholic? (The answer is yes.)

Look, Morissette was clearly having a time when she was crafting this album, and singing a whole song about situational irony proves that. You can literally taste the bitterness dripping off of it — and for anyone who’s ever been wronged in life (read: everyone) it’s a relatable feeling.

Who would’ve thought? It figures, indeed.

Oh, Ryan Reynolds. Before he was everyone’s favorite Merc with a Mouth and slinger of mid-level gins, he was Alanis Morissette’s boyfriend, and the inspiration for the 2008 album, Flavors of Entanglement.

This album was considered “new-age Alanis,” and not revered like her previous works, with lines like “Look at us waging war in our bedroom // Look at us jumping ship in our dialogues.”

Is anyone surprised this is the number one on the list?

Rumor has it that the song is written about Dave Coulier — though that’s never been confirmed by Morissette — and it’s hard to believe that a song this visceral was written about Uncle Joey. But it was, and it’s the most iconic angsty girl song that was ever written.

Morissette is the prototype of the scorned woman songwriter, and without her, we’d probably be without Tracy Bonham, Katy Perry, and yes, fellow Canadian, Avril Lavigne.