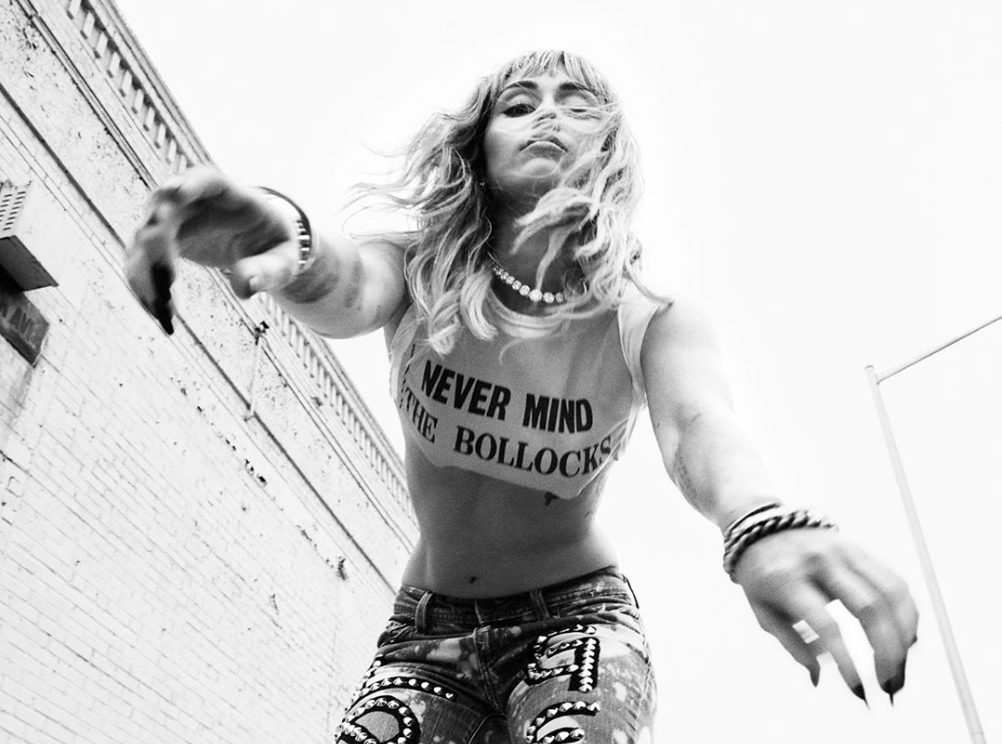 Miley Cyrus has been lingering presence since her Disney days as the iconic Hannah Montana. We’ve watched her evolve from a fresh-faced pre-teen to a married woman right before our eyes. It’s like witnessing a childhood friend grow up, going through the rough motions of life right by our side.

After she strayed away from her wholesome image with her 2013 album, Bangerz, she became an artist to look out for — especially in the wake of successful female pop singers like Taylor Swift and Katy Perry. The possibility of Cyrus topping her possible career high was questionable. Her 2017 release, Younger Now, garnered her attention, but not nearly as much as her previous eras. Younger Now definitely shied away from her high-energy pop sound; while it showed off her range as a superb vocalist, the familiarity was lacking.

She Is Coming is the 26-year-old’s first full-length project in two years, and it’s sort of like traveling back in time. While reminiscent of her Bangerz era, it shows off a decent amount of mature creative growth. The opening track, “Mother’s Daughter,” is undeniably strong, boldly singing that she can do whatever she wants, sticking to the acts of rebellion she was known for nearly six years ago. She describes herself as “nasty” and “evil,” lacing the lyrics with a sense of empowerment.

The EP includes a wide range of unexpected collaborations &mash; most notably, RuPaul in “Cattitude.” After debuting the song during her BBC Radio 1 Big Weekend performance, it came with a string of criticisms and critiques. Some were unimpressed with her rapping skills and her unpredicted Nicki Minaj diss. However, there’s still no denying it has a sense of ridiculousness that demands to be listened to.

“Party Up The Street” features Swae Lee and Mike WiLL Made-It, delivering a hauntingly hopeful vibe. The immediate synth beats are accompanied by Cyrus’ soft voice gliding through the lyrics.

She Is Coming rounds out with a surprisingly vulnerable concluding track, “The Most.” Perhaps the EP’s standout, it’s a heartwarming tribute to true love through tumultuous ups and downs — most likely an ode to husband Liam Hemsworth. It reminds us how capable Cyrus is as a musician, revealing her emotions with an air of pop star style.

While the six-track release takes a step in a different direction, it could be perceived as a continuation of the singer’s highly successful 2013 reign. One thing is certain — Cyrus demands attention, offers up a snippet of outrageousness, and leaves us feeling mystified, yet satisfied.