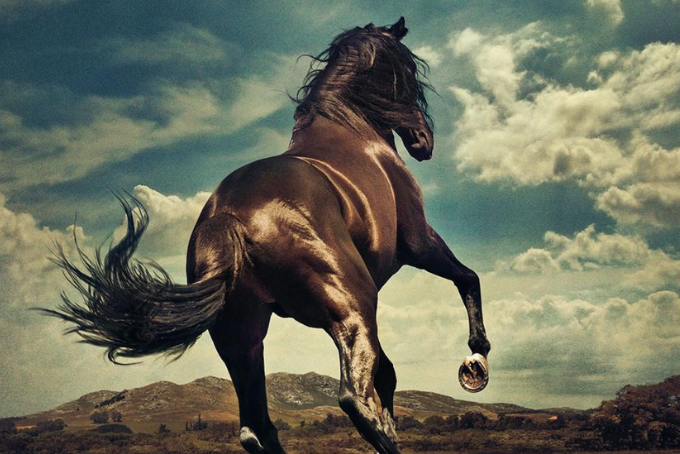 Bruce Springsteen is back with another single from upcoming album Western Stars, out on June 14. “Tucson Train” is the third single Springsteen has released.

His unexpected turn to country music is not entirely out of left field. Previous works like “Nebraska” and “The Ghost of Tom Joad” were country-tinged but, with single “Tucson Train,” Springsteen makes the full leap into country music.

The song is backed by a lush orchestral arrangement, calling to mind the scores of classic Western movies. Over the strings and countrified guitar riffs, Springsteen tells the story of a down-and-out man who leaves San Francisco, “tired of the pills and the rain.” He also leaves behind a woman, who is joining him in Tucson, now that he’s gotten his life together. Bookended by the sounds of a train chugging along the tracks, “Tucson Train” is a song that perfectly embodies the story-telling songs of years past.

The throwback feel of “Tucson Train” and previous singles “Hello Sunshine” and “There Goes My Miracle” is done purposefully. In an April press release announcing the album, Springsteen said that the album would be “largely influenced by the Southern California pop sounds of the late ’60s and early ’70s.”

“This record is a return to my solo recordings,” said Springsteen, in the same press release, “featuring character-driven songs and sweeping, cinematic orchestral arrangements. It’s a jewel box of a record.”

While this track, and the rest of the album, were recorded with a band that includes members of the famed E Street Band, Springsteen still plans to get the full band back together to record an album this fall. As of now, a Western Stars Tour hasn’t been discussed, but Springsteen is already ready to tour this unfinished E Street Band record.

Make sure to check out the music video for “Tucson Train” below!