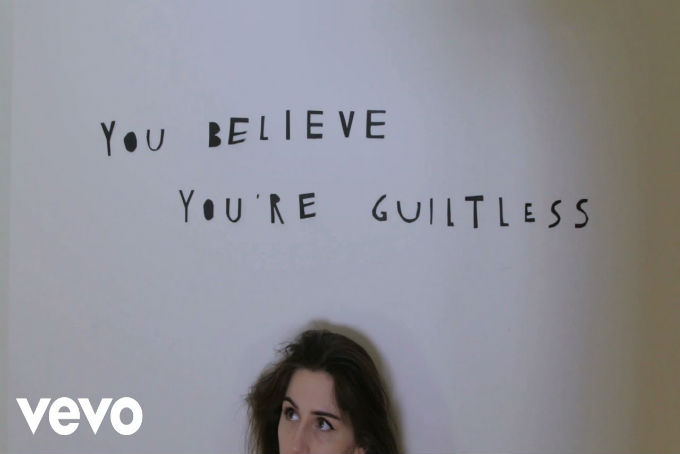 Internet sensation Dodie Clark has released a new single, “Guiltless,” along with a lyric video, and it gives us a look into what it’s like to be in her mind.

Picking at acoustic guitar strings and singing in her super-soprano voice, Clark creates a bubbly and light sound. But don’t be fooled; the lyrics are much deeper than that.

The lines “you opened a door that a kid shouldn’t walk through” and “ignorant trauma in one afternoon” appear in the first verse, signaling to the reader that this isn’t a happy song or memory. The chorus sings “I’ll carry your burden ‘til the day that you die // Is it real? You believe you’re guiltless.” It can be assumed that “Guiltless” is about an unspecified trauma that the young English singer endured in her childhood and something she will carry with her for the rest of her life, while whoever caused this pain believes themselves to be, well, guiltless.

The YouTuber has been open in sharing her struggles with mental illness online, whether that be through her music, her YouTube videos or on social media. This song is another way to express what she’s been through in her life.

In doing so, she has earned herself over 1.8 million subscribers on YouTube, with a growing fanbase on other platforms as well. She has released three EPs: You, Intertwined and her most recent, Human, all of which have gained her so much traction that she’s been able to sell out multiple tours, both in the U.S. and around the world. She’ll be back in the U.S. this fall to finish off another headlining tour.

If you want some bittersweet acoustic songs from an extremely relatable 24-year-old British singer-songwriter, then give Clark and her new song “Guiltless” a listen, and let us know what you think of her new single.