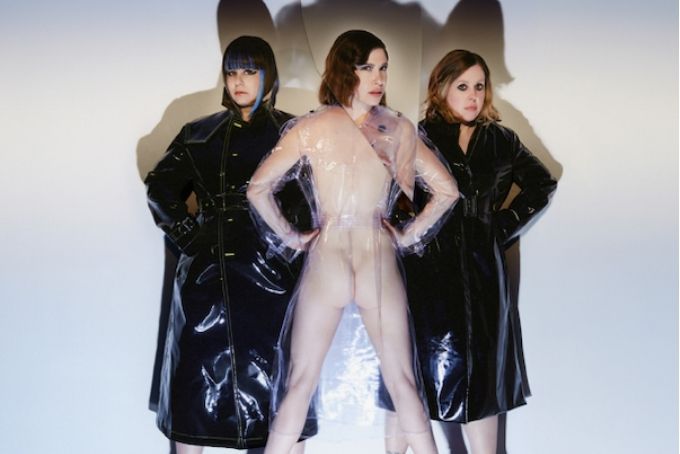 What can be said about Sleater-Kinney that hasn’t already been said?

As a band that’s been described as one of the most influential bands of the 2000s and one of the greatest rock bands in the last 20 years, it feels like reviews aren’t exactly necessary for this band anymore.

After all, everything that needs to be said has been said.

And yet, there’s still something so irrevocably, irresistibly powerful about Sleater-Kinney. The band writes music that demands to be written about.

So, this review of “Hurry on Home” is born.

The single is, in a word, funky. One would expect nothing less from a song produced by art-pop princess St. Vincent. But in its age, Sleater-Kinney hasn’t lost edge. There’s still something loud; something abrasive; something, well, punk rock, about the whole affair.

Absolutely, Sleater-Kinney has evolved since its humble, riot grrrl-tinged beginnings, but the band hasn’t forgotten where it comes from. Underneath that slick, St. Vincent-flavored candy coating, there’s an absolutely delicious punk center. With lyrics like, “You know I’m dress down-able // uptown-able // hair grab-able // grand slam-able,” enticing whatever kind of rendezvous it is that Carrie Brownstein wants, this is a no-holds, barred hookup song that would normally only be okay for the boys to sing.

Check out the lyric video for our new song on @youtubemusic. Directed by Miranda July.

But this is Sleater-Kinney, and they haven’t cared much for gender roles or societal norms since 1995.

Even the lyric video is naughty, giving us a voyeuristic view into someone’s phone, (presumably Brownstein’s exes?) and that person’s somewhat obsessive-stalker session. It’s uncomfortable, but it’s honest. And when the actual words of this song are typed out for you, stripped from their musical varnish, it’s easy to appreciate exactly what Sleater-Kinney is aiming for lyrically.

Maybe it’s not the most eloquent, but it doesn’t need to be. In fact, the fact that it isn’t is exactly what makes it so, so good. Moreover, the fact that this band, almost 25 years later, can still deliver messy, brash, and to-the-point lyrics, while still sounding developed and evolved and better, is a miracle.

Sleater-Kinney is the kind of band that other bands can only hope to be. More importantly, the band proves that self-important BS isn’t necessary to be legendary.

You just have to be good.

(Somebody tell those boys in indie bands that.)