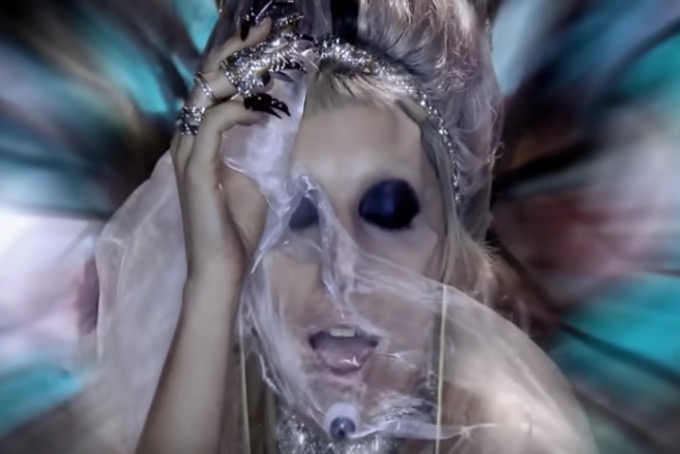 It’s June, meaning it’s finally Pride Month! To celebrate, we’ve created a list of five LGBTQ+ artists for you to check out. This list spans from top-charting pop all the way to some wholesome indie.

The artist behind the LGBTQ+ anthem, “Born This Way,” has had an immense influence on the LGBTQ+ community. Reaching beyond her music, Lady Gaga has advocated in many ways. Having constantly protested Don’t Ask Don’t Tell (a ban on gay and lesbian U.S. military service members) until it was repelled in 2011 and bringing her Born This Way Ball Tour to Russia despite threats of being arrested, Lady Gaga has consistently proven her LGBTQ+ activism. In 2011, Gaga also co-founded the Born This Way Foundation. The foundation focuses on “supporting the wellness of young people and empowering them to create a kinder and braver world,” according to the website. So make sure to belt “no matter gay, straight or bi / Lesbian, transgender life / I’m on the right track, baby / I was born to survive” this month for the Mother Monster herself.

This pop icon isn’t only recognized for her Disney Channel days and when she shocked the internet with “We Can’t Stop.” Miley Cyrus continues to be a proud activist, and is open about her pansexuality. Founded in 2014, Miley’s Happy Hippie Foundation “rallies young people to fight injustice facing homeless youth, LGBT youth and other vulnerable populations.” Since then, this non-profit organization has created The Backyard Sessions and continues to collect donations. Cyrus, Joan Jett and Laura Jane Grace‘s cover of The Replacements‘ “Androgynous” is a moving performance from generations of proud activists.

Having come out publically in 2009, Adam Lambert received disappointing responses from the music and entertainment industries. After American Idol, Lambert publically came out as gay. He faced backlash from fans and even the queer community. Early on in his career, his sexuality noticeably stood in his way. On his hit song, “Whataya Want From Me,” the lyric “he messed me up” had to be changed to “it messed me up.” Trespassing, Lambert’s second album, reached No. 1 on the Billboard album chart. This made Lambert the first openly gay artist to reach this position, marking an important milestone for all LGBTQ+ artists. Still having the honour of touring with Queen, Lambert fills the massive legacy of Freddie Mercury. Above all, who would have expected this sort of success from a runner-up of a talent competition?

Unlike most egotistical people in the industry, Courtney Barnett struggles with confidence. Despite the fact her musical career has grown, she still considers her music as “not really” good. Barnett sings ballads about being a reserved person and dissing internet trolls. Additionally, Barnett runs an independent label: Milk! Records. She runs the label with musician and long-time partner, Jen Cloher. Barnett’s cover of “Never Tear Us Apart” was used in Australia’s iPhoneX campaign. The campaign featured celebration after the legalization of gay marriage. Having been nominated for a Grammy, Barnett’s music is definitely worth a listen.

Being one of the six winners of CTV’s The Launch, T. Thomason was able to tell his story and show his talents to the world. Thomason opened up about being bullied for his queer identity in high school. His life changed after some self-discovery during a year off. During his decision to take testosterone, the musician was heartbroken to learn it would affect his vocals. Luckily, his vocals weren’t affected negatively. After transitioning, he was able to continue his musical career. Releasing “Hope” through The Launch has helped his career blossom. Thomason’s story is inspiring to all LGBTQ+ artists and his vocals carry a powerful ambience. Thomason’s songs have been featured in Degrassi: The Next Generation and he’s set to perform after Toronto’s Pride parade.