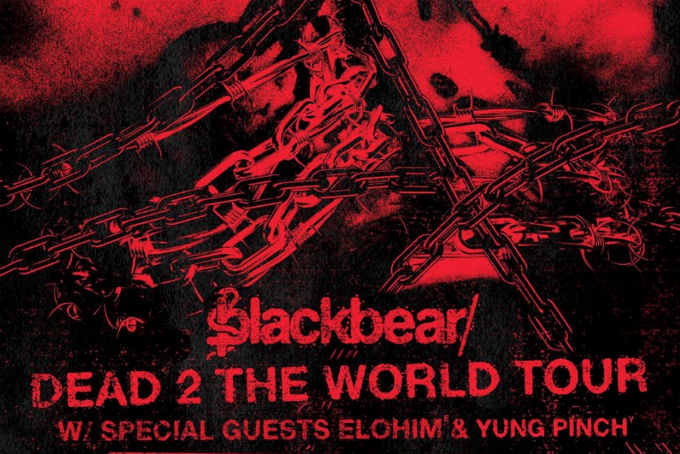 Blackbear may be on the Dead 2 The World Tour, but he’s anything but dead when he takes the stage. On Friday, he put on an incredible sold out show at House of Blues in Boston, and the energy bouncing off the crowd and the performer was contagious.

From the production, the lights, the setlist, the stage set-up, and everything in between, fans walked into the venue knowing they were in for a great show. Blackbear doesn’t even need crazy lights and production, because the second he steps on stage the entire room lights up with energy.

If there was any doubt before, seeing Blackbear live makes it obvious that he loves what he’s doing, and everyone in the crowd certainly felt that love. He bounced around through the upbeat songs, showed a full range of emotion in the acoustic portion of the set, and he even took control and had fun with an unplanned guitar solo. He has such a genuine connection to the music, and it really makes the crowd just as excited as he is to get out there and perform it.

And it’s not just the music that makes the show great. Blackbear is insanely charming, whether he’s talking to someone one-on-one or to 3,000 people in a crowd. Every person would say that it feels like he is talking directly to them, and they fall more in love with him when faced with the opportunity to see him perform live.

Not only is he charming, but he’s also hilarious, which is one of the best things a performer can be when they’re onstage. He’s entertaining throughout his performance, but he’s also entertaining in his interactions with the crowd and the way he presents himself.

If you get a chance to see Blackbear on the Dead 2 The World Tour, we highly recommend that you do. It’s an experience you won’t want to miss, and even if you only know a few of his songs, it’s still worth it to go and see what he’s all about. Blackbear will be on the road until the end of June, so go see him while you have the chance!