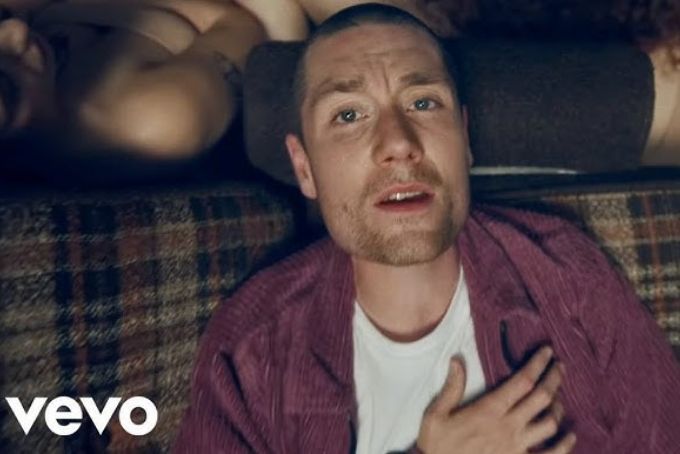 UK-based band, Bastille, is gearing up for the release of the band’s third album, Doom Days, out June 14. To hold fans over the few long days before the album’s release, the band has dropped a new track and music video for the second-to-last track on the album, “Those Nights.” The album follows the world of frontman Dan Smith, ending in a single night at a party and waking up the next morning with everything ending okay.

“Those Nights” takes place at 5:46 a.m. and shows Smith waking up on a nasty old couch with “Doom Days” spray-painted on the back of it, surrounded by a massive pile of men and women nearly naked with cryptic tattoos, realizing he’s made a mistake in his own “doom days.” Smith is also the only one fully-clothed, making it unclear what his participation in this party was.

The tattoos on some of the actors in the pile leave a lot to the imagination and what’s to come with this concept album. Bastille hasn’t given us much to work with either, leaving us clues along the way.

Throughout the song, Smith sings about wishing to wake up with one person, but he just hasn’t made it there yet. In the visuals for the song, it shows him in white light, which later transitions to red light, showing off the aesthetic of “doom” and indicating Smith’s feeling that he’s evil for the indulgence of the situation he’s landed himself in when all he wants is one person. The camera also pans around him while Smith analyzes himself and his actions that brought him to this night.

Watch the twisty, introspective music video for “Those Nights” here: