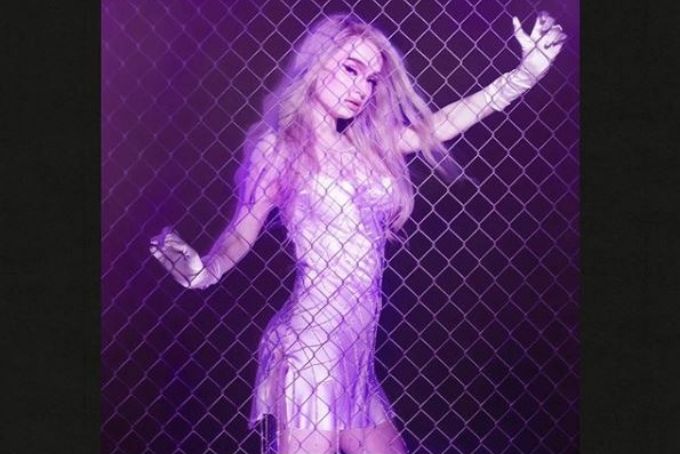 Kim Petras sheds confidence like it’s a second skin. Since her debut 2017 single “I Don’t Want It All” put her on the map as a potential pop star, she’s begun a steady “stan” uprising. There’s nothing more addicting than this latest synth-pop club hit; Petras delivers.

Her latest single, “Clarity,” furthers her self-assurance, showing no cracks in her powerful demeanor. As a trans woman, Petras has become an empowering voice for the LGBTQ+ community. She takes on stereotypes and bashes them to oblivion with no hassle. And with a track like this one, she proclaims herself as a “rarity” but also has “clarity” — a confession that solidifies her self-acceptance.

The single is fairly tame compared to her previous release “Do Me” — the title adequately explains the explicit nature of the track. But “Clarity” is raw in a way only Petras knows how to convey. She brags about being “the bitch with the sauce” and wanting to “feel like Madonna,” a combination so outrageous that could only be fit for her. She’s not stressed about her hardcore haters as she smoothly croons “ain’t worried about sh*t; you a parody.” It’s a testament to the business she’s in — a highly competitive and male-dominated industry. But she nonchalantly lets it all slide off her back as if it were a mere inconvenience.

While we’ve become accustomed to high-energy dance hits from the 26-year-old, this record is slightly toned down. Without the earth-shattering beats and maniac enthusiasm of her previous releases, the song takes on a tiny speck of bubblegum pop that sweetens Petras’ image.

“Clarity” is fairly shorter than the usual chart-toppers, lasting barely two minutes but it seems to be just the right amount. It’s an evolved version of Petras’ assertiveness. We’re used to her outspoken nature, never shying away from sexually charged lyrics and up-tempo nightclub bangers. But the single shows off a sweetness Petras masters. She makes it look unbelievably easy — unveiling softness alongside a tough exterior without any trouble.