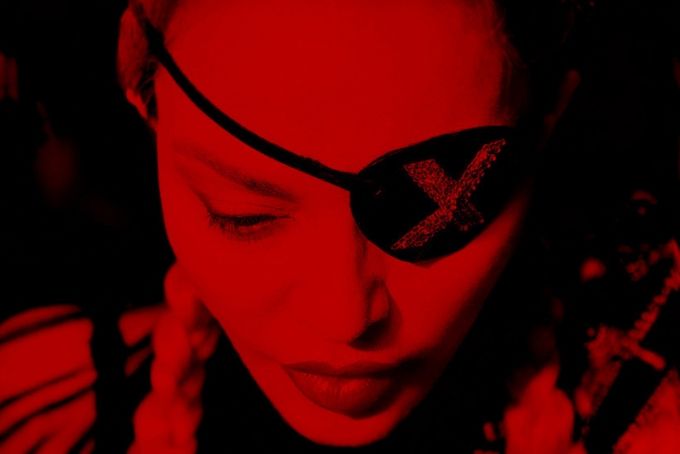 Madonna’s newest release, “Dark Ballet,” from her upcoming album, Madame X, has a music video to match the intriguing song title. Though Madonna is notorious for embracing new sounds, her new era has proven to be more experimental and enigmatic than ever. From reggaeton to hip-hop, there’s no way to know what to expect from Madame X.

“Dark Ballet” might be Madonna’s most eclectic and surprising single yet. Listening to the song for the first time feels like a cryptic rollercoaster, never really knowing when the next turn will be. The song starts off with autotune, which is expected from Madonna. There are notable lyrics such as “I can dress like a boy / I can dress like a girl” and “People tell me to shut my mouth (Shut your mouth) / That I might get burned.” Although these are not new sentiments from the queen of pop, they are very much classic Madonna, which adds to the allure of the track. The autotuned vocals are mixed with a beautiful piano production, making it feel almost like a ballad. This doesn’t last long.

The song takes a turn, introducing heavy pop beats and then turning again into a striking piano solo. This is where the title “Dark Ballet” really comes into play. The autotune increases and a glorious post-chorus takes place. The piano becomes the main focus for the rest of the song, mimicking traditional ballet scores. The triumphant sound mixed with Madonna’s bold lyrics, which include expected religious undertones, make “Dark Ballet” an unforgettable track.

In typical Madonna style, the music video for “Dark Ballet” is more than the everyday popstar production. It’s very reminiscent of previous controversial videos that made history, such as the iconic video for “Like a Prayer.” The video is loaded with religious imagery and portrays a Joan of Arc storyline, starring rapper Mykki Blanco. Before the Joan character is burned at the stake, he dances a ballet number from The Nutcracker. Staying on brand for Madonna, the visuals are extravagant and show how it feels to be crucified for being yourself.

Madame X comes out this Friday, June 14. You can stream the song on Apple Music and Spotify. Watch the video for “Dark Ballet” below: