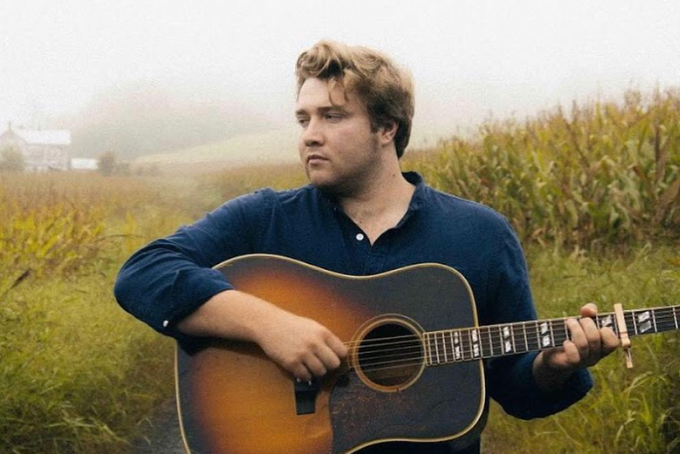 Mike Frazier is bringing his experiences from the Valley into light with his new Americana and alt-country album, Where The Valley Kissed The Sky. We got to talk to him about the record, tour, and what fans can look forward to in the near future!

Congratulations on your new album, Where The Valley Kissed The Sky, that just came out! How does it feel to release the album?

Thanks so much! This was the longest I’ve waited to put a record out after recording it so it feels really great to finally have it out in the world.

This album takes on some dark subjects, what inspired you to write an album like this?

I wanted to shed light on an area of the country that is beautiful, quiet, and unique. Growing up in the Shenandoah Valley provided an influx of inspiration, which amplified when I moved even further south into the Valley a couple years ago. I gained an immense amount of insight into the broader picture of human existence amongst the Blue Ridge Mountains. I tried to use this album as a vessel to navigate that dichotomy between the beautiful people and nature here and the darkness that they face. That said, I essentially wanted to write my observations of life in this corner of the world and give an honest account—that meant exploring those dark themes as well. They exist, they’re a part of life in the Valley, but I tried to illuminate the brightness of this place even more too.

Which song was the hardest to write on the album?

The hardest song to write was “Destitute.” I wrote that about the tragic events that unfolded in Charlottesville and tried to honor the life of Heather Heyer. That day struck close to home, not just because it happened in a town I frequent, but I also had friends who were right there in the thick of it. I also sequenced the lyrics to follow the timeline of events that day.

“Where The Valley Kissed The Sky” is out!! I’m really excited to share these songs. Endless thanks to @rigi_toni And the Ventura family for feeding us and letting us record at the cottage. Also to @jamesinvain for all his help with press! . Engineered and produced by @erikkaseromero Mixed by @timbopan Mastered by Philip Shaw Bova Additional recording by @pastablitz . @ronzertnert – drums/best bud @erikkaseromero – bass @skepticallincoln – guitar @jasonpsummer – pedal steel @jennifuhhh – cello @markmasefield – organ Additional vocals by @littlehag and @skepticallincoln. Additional vibes – @oxybundy . Photography – @brettballachino Art and Layout – @steveomarkx

A lot of musicians say you need to listen to an album in order to fully understand it while others say it’s up to the listener. Is this one of those albums you should listen all the way through?

I’m a bit biased because I love listening to full albums, and I sequenced the album so it would make sense to the listener. However, I tried to place every song in the same setting, the Shenandoah Valley, which created some reoccurring themes, so a lot of the songs are part of painting a similar picture.

What do you hope fans take away from this album?

How did you get into music and know that its what you wanted to do?

My mom is a songwriter and composer, so music was always around me. When I first started getting into music, it was all classic rock. It wasn’t until I found punk rock music around 11 years old when I picked up the guitar and wanted to be in a band and write songs.

If you had to describe your sound to someone who hasn’t heard your music before, what would you say?

I like the term “folk singer,” but I don’t really fall into the traditional sense of the sonic definition. So I usually just say that I write folk songs mixed with rock ‘n’ roll.

Are there any album visuals in the works? If so, for what songs?

Yes, there are some upcoming visuals! There’s a video we shot for the opening track “Southern Decay,” which will be coming out in the fall.

What can fans look forward to?
More tunes and better jokes on stage!