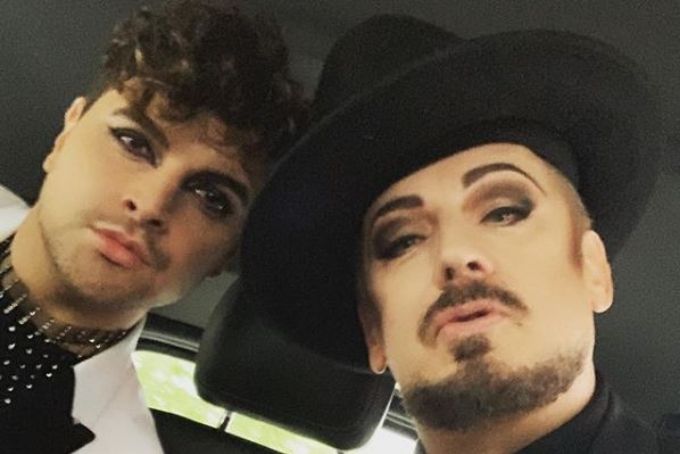 It’s June, which means it’s our most sacred of months: Pride Month!

Of course there are many, many LGBTQ+ icons that we can (and should!) celebrate this month, but today, June 14, we’re celebrating Boy George, because in case you didn’t know, it’s his 58th birthday.

Picking his best songs or ranking his albums seems trite, so in honor of both Pride Month and Boy George, let’s talk about the five times the one and only Boy George proved his LGBTQ+ icon status, shall we?

“Do You Really Want to Hurt Me?” — the breakthrough single for his first band, Culture Club — is what put Boy George in front of cameras and on newspaper headlines. His iconic androgynous style of dress was something that caught the attention of everyone, for better or worse.

4. When Freddie Mercury said George was going to be around for “a long while.”

Boy George was so clearly an icon from the beginning of his career, even legends like Freddie Mercury recognized it. As the saying goes, “it takes one to know one,” and there is no better or more qualified person to recognize talent than Mercury himself.

Cleverly titled Take It Like a Man, George’s autobiography is considered one of the greatest music biographies of all time (by Rolling Stone, no less) and is strikingly honest — even if it means incriminating himself in the process.

2. When he got a movie made about him.

Or rather, they’re making a movie about him. Coming straight off the heels of biopics like Bohemian Rhapsody and Rocketman (or even The Dirt), a Boy George biopic seems like a really smart idea — even saying “a Boy George biopic” feels right.

Boy George has been famous for a long, long time and was definitely famous in a time where being openly gay wasn’t easy to do. As early as 1985, he identified himself as bisexual and later came out as gay in 2006.

Happy Birthday, Boy George! You’re an icon to us all!

One thought on “5 Times Boy George Was an LGBTQ+ Icon”