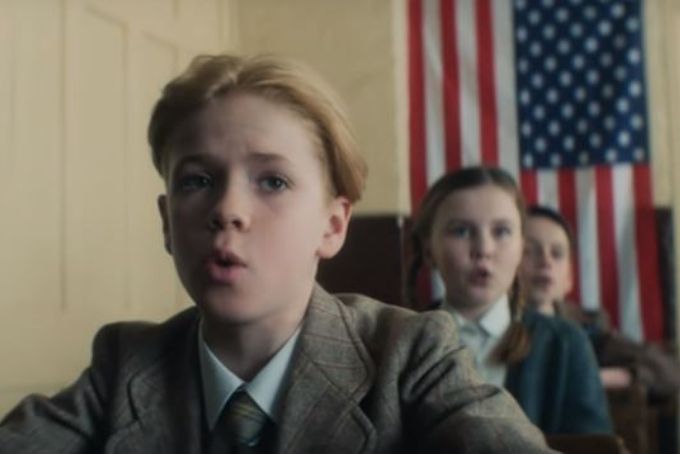 Musicians have always used their platforms to voice thoughts to their audiences, which sometimes can (unsurprisingly) get a bit political. Artists vocalizing their opinions regarding hot-button issues is a tale as old as time, and no one knows that better than Donald Trump. Pharrell Williams, The Rolling Stones, Adele, Rihanna, Aerosmith and Elton John are just a few of the top-tier artists who have been publicly upset by the president’s usage of their music at rallies and events. But some musicians go beyond sending cease-and-desist letters. Since June 14 marks Trump’s birthday, here are 14 musicians who have publicly denounced him:

Even though she was born in California, singer/rapper Becky G (Rebecca Gomez) is fiercely proud of her family’s Mexican roots. In 2015, she went so far as to record and release a track titled “We Are Mexico” as a response to Trump’s polarizing anti-immigration comments. To make sure her message was perfectly clear, Gomez dropped a blatant “This is for you, Donald Trump” in the caption of the song’s official YouTube video.

After today I can no longer call him
President Trump…. From this day forward……… HES
“PRESIDENT TROLL”

While there’s an understandably long list of musicians who can’t stand Trump, no one tweets about it more avidly (and more hilariously) than Cher. The pop diva’s disdain for the president runs so deep, she almost exclusively refers to him with the use of the toilet emoji. In a 2016 interview with Billboard, Cher flat-out stated, “I don’t like anything about Donald Trump.” One look at her social media tells you all you need to know.

Ellie Goulding has been very open about how much she dislikes Trump. In a tweet that has since been deleted, the English singer/songwriter straight up told a fan they could stay home after they criticized her political opinions and threatened to not attend her concert. To add insult to injury, the official music video for her collaboration with Clean Bandit, titled “Mama,” takes a shameless jab at the president’s upbringing, implying that it’s the reason behind his troubling adult persona.

It’s widely known that no one can hate anything quite as vigorously as Eminem can. After dropping a scathing freestyle aimed at Trump, the Detroit-based rapper took aim at the “evil serpent” yet again in “The Ringer“, a track on his 2018 Kamikaze album. On the song, he raps that Trump “…sent the Secret Service to meet in person / To see if I really think of hurtin’ him.” Perhaps a bit dramatic on the president’s part; but, to reiterate, no one can match the wrath of an upset Em.

Although this one is a bit of a stretch, since Frank Sinatra passed away in 1998, the legendary musician once told Trump (via his manager, Eliot Weisman) to “go f**k yourself” in 1990. Weisman recalls the moment in his book, The Way it Was, where he mentions that the jazz icon even offered his phone number, in case Trump wanted to hear the words directly from him. It’s an awesome story that makes us miss Ol’ Blue Eyes even more. To make matters more interesting, Sinatra’s daughter, Nancy Sinatra, also isn’t a fan of the president.

Colombian artist J Balvin once pulled out of a performance on the Miss USA broadcast due to Trump’s connection with the event. In an interview with Billboard, Balvin stated, “We’re talking about our roots, our culture, our values… His comments weren’t just about Mexicans, but about all Latins in general.” Trump fired back, saying that they never signed Balvin as a performer and that Balvin was using the false claim as a way to get free publicity. Balvin’s management countered that claim, telling Billboard, “We had a confirmed performance with the Miss Universe organization, with numerous emails in our possession… Any suggestion to the contrary is inaccurate and insulting.”

The defining trait of Trump's campaign and political profile was his embrace of white supremacy. He made it clear every time he spoke. Some serious cognitive dissonance to ignore that for the other x% you might find appealing. I guess I agree with >1% of anyone's thoughts though

Much like Cher, R&B artist John Legend has no qualms about expressing his dislike for Trump. And he’s definitely not shy about confronting Trump’s sons, including an online exchange with Donald Trump Jr. Just as equally vocal is Legend’s wife, Chrissy Teigen, who earned herself a click of the “Block” button from the president himself. The couple that tackles the government together, stays together!

This is an absolutely heartless response. There aren’t even politics involved. Just good American families losing their homes as you tweet, evacuating into shelters. https://t.co/DJ4PN26bLZ

It’s no surprise that Katy Perry, an avid Hillary Clinton supporter, isn’t much of a Trump fan. What makes this situation strange is the fact that Trump seems to have an underlying obsession with the “Teenage Dream” singer and fans pulled up the online receipts to back this up.

.@realDonaldTrump I knew this before, but you continue to make it clear you care for no one other than yourself. Mr. President show some compassion for the people of California and set an example of kindness for this country. #BeKind #Kindness #CaliforniaFire

Lady Gaga, another pop titan that Trump is surprisingly a fan of, has never been one to remain silent when it comes to her political stance. Just this year, the “Born This Way” singer took a moment mid-concert to scold both Mike Pence and Trump. In 2016, Gaga even staged a “Love Trumps Hate” protest outside of the Trump Tower. It was a power move that proved that Gaga knows actions speak just as loud as, if not louder than, words.

Late rapper Mac Miller once made an appearance on The Nightly Show, where he told the world how he really felt about Trump. Miller and Trump had quite the personal feud going on, which stemmed from the rapper’s 2011 track named after the business mogul. In his pre-President days, Trump took some pretty heavy shots at Miller online.

Madonna has never shied away from controversy, so it’s no surprise that she tackled Trump’s insecurities head-on in a New York Times interview. “A man who is secure with himself, a human who is secure with themselves, doesn’t have to go around bullying people all the time,” stated the Queen of Pop. Like many other pop stars, Madge was a hardcore Clinton supporter during the 2016 election.

Ricky Martin‘s opinions on Trump are so strong that they can’t be restrained by Twitter’s measly character limit. The Puerto Rican singer penned an op-ed in Spanish that Billboard translated, wherein the musician stated that, “The fact that an individual like Donald Trump, a candidate for the presidency of the United States for the Republican Party, has the audacity to continue to gratuitously harass the Latin community makes my blood boil.”

California rapper Snoop Dogg has some heavy-handed opinions about Trump and he’s not afraid to display them. He stirred up a lot of controversy with the music video for “Lavender,” which depicts an actor dressed up as Trump with a clown face. About halfway through the video, Snoop Dogg holds the clown at gunpoint and pulls the trigger, revealing a red flag with the word “BANG” on it. Trump responded by implying that Snoop Dogg should be arrested for pretending to shoot him and asked how people would’ve reacted if it had been a caricature of Obama.

Along the same lines as Snoop Dogg’s scathing commentary, fellow California rapper YG dropped a track titled “FDT” (F**k Donald Trump) in 2016. The song, which features late rapper Nipsey Hussle, garnered a lot of attention from fans… and the Secret Service. The Compton rapper admitted that they contacted his record label and asked to see the rest of the lyrics on the album, with the intention of possibly having it shelved.