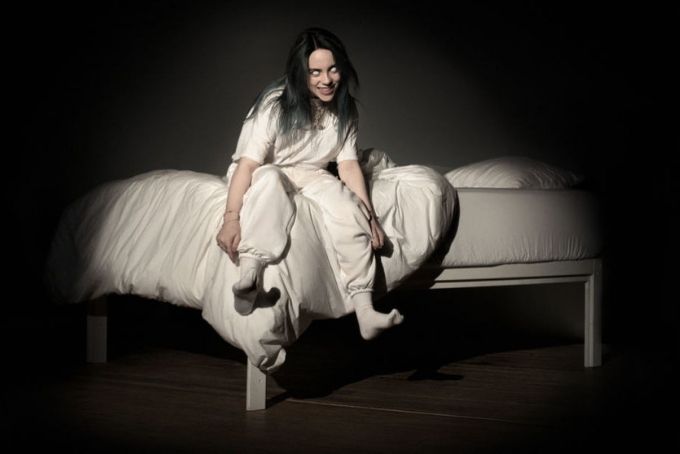 Musicians: they’re just like us — a.k.a they are just as obsessed with Billie Eilish as we are. Since the 17 year old has begun making waves in the industry, it’s been hard to go anywhere without hearing about her or her music. Eilish works with her brother, Finneas, to write and produce songs. Along with that, the California performer has already played at Coachella and released a debut No. 1 album — all within the past few months. With her talent and rapid rise to fame, Eilish has mesmerized many other performers. Here are just a few musicians who’ve been all aboard the Billie Eilish train recently:

In a recent interview, Swedish singer/songwriter Tove Lo was gushing about Eilish! Not only did she go to an Eilish concert alone, but she also couldn’t stop raving about how amazing it was and how Eilish’s music brought out lots of emotions in her. Tove Lo has even gotten the chance to work with Finneas, who helped her produce some groundbreaking new music while continuing to inspire the performer.

Foo Fighters frontman and former Nirvana drummer Dave Grohl has also been surprised by Eilish. Since his daughters had him attend one of her concerts, Grohl has become a huge fan. He even went as far as saying that Eilish’s rise to fame reminds him of his Nirvana days. When Eilish heard that Grohl was a fan, she couldn’t help but fangirl herself! Maybe there is a future collab in there somewhere?

I am a grown woman losing her shit to this new @billieeilish. How I feel right about neow… pic.twitter.com/6Y2OmbH9UH

The Paramore singer/songwriter is also a Billie fan! When it comes to alternative/pop music, Hayley Williams is one of the female talents who’s always making waves. It’s no wonder that she’s looking to the next generation for inspiration. Williams has raved about how much she loves the music Eilish is making — even as a grown woman! Ironically, Eilish has said that Williams has been one of her inspirations; she even said it would be her dream for them to have dinner together!

The K-pop sensation BTS is also a Billie Eilish fan! Recently, BTS singer Jungkook was caught on camera dancing to Eilish’s hit single “Bad Guy.” The Korean pop stars love taking on dance challenges, and Jungkook’s dance moves to the catchy alternative song are infectious. Additionally, BTS have said before that the band would love to collaborate with the California musician. We think if that happened, they would break the Billboard charts!

If you didn’t know, Eilish is one of us: she’s been a “Belieber” for years! All Eilish’s dreams came true when one of her musical idols, Justin Bieber, followed her back on Instagram. Since then, the two have been messaging each other. Justin’s family even loves her, as his sisters and wife have all posted about or have gone to Eilish concerts. Finally, at this year’s Coachella, they met and were seen hugging it out in the desert. Eilish even hinted that there might be some talks of the two singers working together.