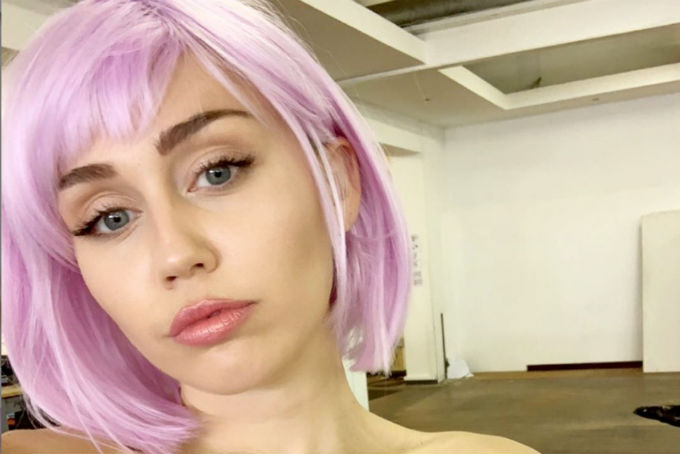 Netflix‘s Black Mirror recently released three new episodes for its fifth season, and one of them stars none other than Miley Cyrus. In the episode titled Rachel, Jack and Ashley Too, Cyrus plays a bubblegum pop star named Ashley O, who’s loved by teens for her positive message and preppy personality.

Inevitably, viewers of the show also took a liking to Ashley O. And thankfully, the streaming service gifted us with the popular tracks from the show. Among them is the track “Right Where I Belong,” which is actually a re-imagined version of a Nine Inch Nails song by the same name. With the band’s approval, the series reworked the hit for the fictional pop star, and the band’s lead singer, Trent Reznor, definitely gave his blessing.

The track fits the plot of the episode perfectly, and fans loved the upbeat, electro-pop makeover given to the Nine Inch Nails covers. The episode itself also tackles some problems that famous, idolized entertainers oftentimes go through, and the overarching message is that no one knows exactly what anyone else is going through — even if they are famous and their life is seemingly out there for the entire world to see.

This is Miley’s second release from the series episode, but she’s already confirmed that any songs recorded for the episode will be released for fans to stream and listen to whenever they please.

“Don’t worry SHE IS COMING!” the singer wrote on Twitter in response to a fan asking when “Right Where I Belong” by Ashley O will be released.

Well, she certainly delivered! The song is out and, yeah, we’re just as obsessed as we were when we first heard it while watching the episode. It’s seriously that good!

Listen to the new song below and let us know what you think in the comments or tweet us @soundigest!