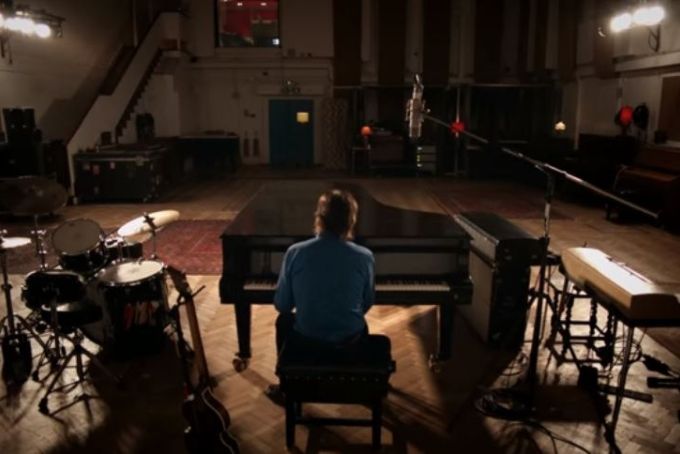 Today the iconic Sir Paul McCartney turns 76! Having risen to fame when The Beatles came to America in 1964, McCartney still remains a music icon. To celebrate, we’ve created a list of this Beatle’s most iconic moments:

1. When he met John Lennon

Before The Beatles, there was The Quarrymen. The Quarrymen consisted of several men, including John Lennon and Pete Shotton. The group played sets at the Woolton Parish Church Garden Fete in Liverpool, England. Between sets, the boys were introduced to 15-year-old McCartney. The young McCartney showed Lennon how to tune his instruments. He also played them a few songs, including “Twenty Flight Rock” by Eddie Cochran. The group was very impressed. Lennon and Shotton decided to invite McCartney to join the group; the young musician shortly took the offer. The day the two future Beatles members met was certainly a day that has since gone down in music history.

2. The Beatles on The Ed Sullivan Show

McCartney and Lennon transformed The Quarrymen into The Beatles and achieved world domination. Over 55 years ago, The Beatles came to America. Even though it might be normal nowadays for artists to have massive fanbases, their fans were absolutely insane. America was taken over by Beatlemania.

This performance was highly anticipated and many in the States had heard The Beatles on the radio prior to the gig. Resultantly, 73 million people viewed the show from their homes. This performance truly turned The Beatles, along with McCartney, into icons. The Beatles’ performance on The Ed Sullivan Show was a historic moment in music history, inspiring thousands. Despite nearly being drowned out by the screams of fans, The Beatles inspired generations from that one show, including Billy Joel and Rick Nielsen from Cheap Trick. One of the songs McCartney’s band performed that night was the instant dance-along hit, “Twist and Shout.”

The Beatles played its last concert on the rooftop of Apple Corp HQ. The classic rock group played “Get Back,” “Don’t Let Me Down,” “I’ve Got a Feeling,” “One After 909” and “Dig a Pony.” “One After 909” was especially important, as this was one of the first songs Lennon and McCartney co-wrote and released with The Beatles. This legendary image of The Beatles on a rooftop remains ingrained in everyone’s mind, even those not around to see it.

4. Wings and his solo work

After The Beatles split, the Beatles icon continued his career in music. He successfully released two solo albums, McCartney and Ram. Afterward he formed a new band called Wings. This band was formed by him and his wife at the time, Linda Eastman. The band also included Denny Seiwell and Denny Laine. The band went on to create hit albums, including Band on the Run and Wings at the Speed of Sound. Some fan favorites of McCartney’s post-Beatles work include “Maybe I’m Amazed” and “Nineteen Hundred and Eighty Five.”

5. Being knighted by the Queen

On June 14, 1997, McCartney became Sir Paul McCartney. The Liverpool man was knighted by Queen Elizabeth II. There are only a handful of musicians who’ve been knighted by the Queen, including Elton John, Mick Jagger and McCartney’s old bandmate Ringo Starr. McCartney’s “services to music” were properly honored.

Touring Liverpool with James Corden while singing along to classics like “Blackbird,” McCartney proves himself as the coolest music icon alive. The sight of the Beatles legend driving around with Corden was a wonderful surprise; the talk show host has had some of the biggest music icons on this show. This karaoke video, which has hit over 42 million views, involves McCartney’s recollections of his musical journey and a surprise concert.