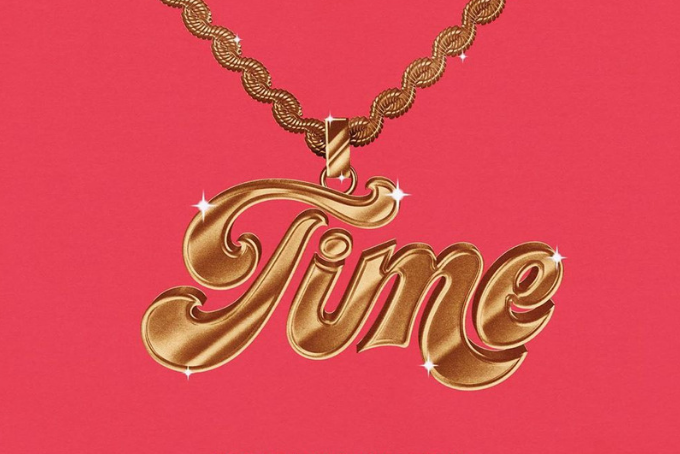 The new single depicts the eerie feelings of breaking off a relationship to accept solidarity—a very common theme for those living through their twenties. “Time” is soulful and groovy, but reflects so much more than its simple lyrical message once we fully consider the context and timing of this release.

Upon the first listen, this track felt like salt on a wound. Within the first six seconds of playing the song, we already felt a lump in our throats. The combination of the light and breezy beat mixed with Kali Uchis’ angelic introduction completely flooded us with emotion. She opens this track with the silky chorus, prefacing the thoughts on her mind. “I gotta take some time to grow // But I don’t wanna let you go // How did we get too comfortable? // I gotta take some time to grow // But without you, I’m miserable // I think I got too comfortable.”

We found this first impression very touching. Since we were already worked up about our ears meeting Miller’s first posthumous piece, we couldn’t help but connect these opening lyrics to the late artist’s relationship with his fans. Coincidentally, “Time” was released about nine months after Miller’s passing, giving us fans some time to grieve and heal from the tragedy that occurred last September, but we are now ready to move forward with Miller’s new material.

The first verse of “Time” features solely Uchis’s voice. She reflects on when she first met her toxic love interest, sharing, “Every time you fall, I try to pick you up // But I need reciprocation.” Uchis’ contribution in its entirety is soft, soothing and hopeful in moving past obstacles we all experience in adulthood. Although she loves this person, she feels limited in her ability to grow and evolve, admitting that time apart will benefit both parties in the long-run. Amen, sister!

Honestly, we were all hoping for someone to leak the unreleased portion of Miller’s discography, but we weren’t expecting such a high-quality collaboration! After Miller’s passing, the song carries a new dynamic, and we like to think he’s reaching out to us in this track. He raps, “Look at me watering seeds, it’s time to grow // I get out of control when I’m alone // If you can make it with me, you can make it on your own.” Again, we can’t help but feel like Miller is directly speaking to us fans, confident that we can “make it” in a world without him.

However, as we dig a little deeper into Miller’s lyrics, we wonder if maybe he was (vaguely) speaking to ex-girlfriend Ariana Grande. Although this single was released just last week, it was recorded in May 2018, according to Rolling Stone. Reflecting on the time frame of its recording, this single was probably written as a way of coping with the breakup. The couple’s split was publicly announced on Grande’s Instagram story on May 10, 2018. Both events happened coincidentally within the same month.

In Miller’s verse, he raps, Well, I don’t trip, but I slip, I fall // Sleep all day, maybe miss your calls // Like I been missing you // Still, I continue, tied up and tripping up // I’m making the wrong decisions and you sick of it all.” These lines are super important when we consider the potential references Miller could have been making.

The lyric “I don’t trip, but I slip, I fall,” alludes to “Ladders,” which sits at track No. 7 of Miller’s final album Swimming. “Ladders” addresses his obstacles through the metaphor of climbing a ladder. In the correlating “Ladders” verse, he raps, “I don’t trip, flip, or lose my grip.”

The next two lyrical lines could hint at more of Miller’s previous songs. “Sleep all day, maybe miss your calls,” reminds us of the 2016 “Cinderella” lyric, “You in my dreams, that’s why I sleep all the time.” Grande actually confirmed that “Cinderella” was written about her in a viral tweet from 2018. Of course, we must acknowledge that the line from “Time” makes a clear innuendo to his 2011 hit “Missed Calls.”

6/12 . 🤩 Our new song with our brother @macmiller & the beautiful @kaliuchis 🍭 This song was so much fun to make and is exactly how we want to remember our brother Mac ❤️ we hope you guys like it Mixed by @drewmixit & @callumconnorxx Mastered: @themasteringpalace Art: @robertbeattyart

Mac Miller has always carried a bright, clever and witty spirit to compliment his wise soul. “Time” only proves that Miller’s legacy will live on forever. Free Nationals thoughtfully shared to Instagram “This song was so much fun to make and is exactly how we want to remember our brother Mac ❤️ we hope you guys like it.”

As the saying goes, “legends never die,” and Mac Miller will always be with us… even when he’s not. As loyal fans, it is our duty to celebrate his epic discography (including his posthumous work) and remember and honor him how he would have wanted us to.