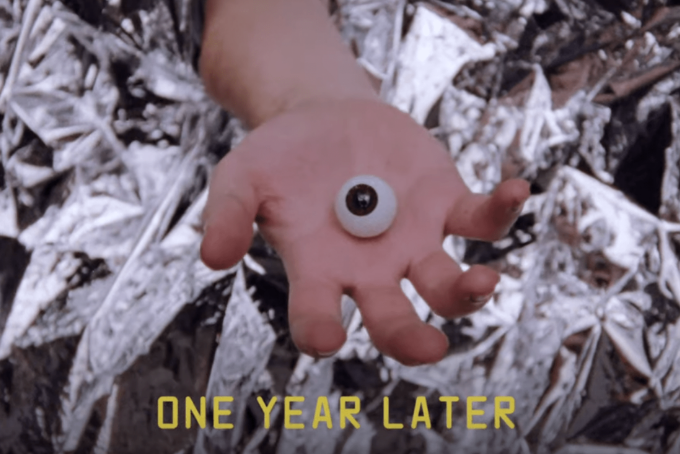 As we’ve discussed before, Joji had a past life as an internet weirdo.

Before he was an Instagram aesthetic darling, he made a name for himself as a YouTuber—one of the first to do so, actually.

In his newest music video, “Sanctuary,” Joji effortlessly combines his old life and his new life by juxtaposing a beautiful, sweet song about heartbreak with a goofy, 1960s-style sci-fi adventure.

Realistically, this should undercut the whole thing. It shouldn’t work. And yet, there’s something wonderfully raw about it. Like salt on watermelon—or coffee in chocolate)—the cheesy, Plan 9 From Outer Space visuals really accentuate the absolute sadness of this ultimate summer sob song.

(Oh, and you’ll probably sob to the music video, too, so we’re sorry to bring it to you during Cancer season.)

Taking us on an adventure that makes the original Star Trek look like a masterpiece of cinema, Joji is the leader of a spaceship that has lost purpose since he actually managed to defeat their one true enemy. The video culminates in one crew member absolutely going off the deep end, in the sort of twisted way that reminds you that, yeah, Joji was an internet kid first.

It’s bad, but in a wonderfully charming kind of way. It has the same feeling as a high school film student’s project, with absolutely zero budget and all heart, which is likely, why, despite the funny rubber costumes and toy spaceships, this video still hits pretty hard.

No matter how silly it looks, being betrayed by your best friend is a real gut kick.

The last fifty seconds or so is really what makes this music video worth something—the best friend, holding back tears as he fires at his old crew; the ship’s crew, suddenly surging back to life; and of course, the video ending on Joji, despite it all, smiling with a renewed sense of purpose, are stellar. The shots land somewhere between Wes Anderson and Stanley Kubrick, and again, even though it’s dressed up in a funny costume, you can’t deny the brilliance of it.

In fact, the video is a lot like Joji himself: silly on the outside, hiding something much deeper on the inside.

Wow, it was a metaphor all along.