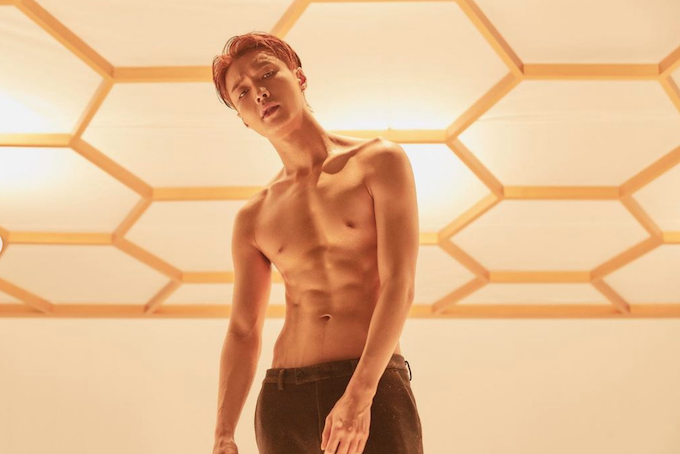 Lay Zhang is back with a new single and EP. The Chinese singer-songwriter and EXO member released the lead single “Honey” along with a four-track EP of the same name.

“Would you be my honey,” he asks in the titular single. In addition to the oddly addictive hook, (“honey,” “honey”) that is almost guaranteed to get stuck in your head, the mellow pop number incorporates popular characteristics of today’s hip-hop and trap music.

The accompanying music video was unveiled through his newly-launched YouTube channel. We see Lay arriving to his empty hotel room where he tries to take a bath before he’s disturbed by a bee. The scene cuts off and we are taken to a new dimension filled with bee-inspired, honeycomb imagery and visuals. The singer is transported as well and is already there to showcase his slick and captivating choreography. Dancing is always something Lay has done exceptionally well and has always been known for his well-practiced moves in his videos and performances.

Also making an appearance in the video are his toned abs and body, which normally cause a stir among fans on social media.

Things switch up with “Amusement Park” as Lay showcases his smooth vocals in this alt-R&B number. However, the lyrics are simplistic and trite as he compares a love interest to the scenes of an amusement park. Things get a bit cringy and weird, particularly when he literally sings firework noises.

The last track is a Chinese version of “Honey” titled “和你” (he ni), which translates to “with you” and sounds phonetically similar to the English title. This way, he cleverly pays tribute to his Chinese roots.

Whether it’s in English, Mandarin, or Korean, the “Namanana” singer has always shown his versatility and capability in his musical journey. As a producer, he’s definitely not one to shy away from experimenting with new sounds and genres. The new EP explores hip-hop, funk, dance-pop, and R&B as he gains newfound confidence with his English language songs.

Honey marks Lay’s first solo release of 2019 since last year’s bilingual album Namanana. The album made history as it became the highest charting entry for a mandopop artist on the Billboard 200.

Breaking records this time around, Honey hit diamond level on China’s QQ Music charts after being released for pre-order with over 1.87 million copies sold in just three minutes.

The C-pop star is set to embark on his Grand Line Tour in China, which is scheduled to kick off in Shanghai on July 6.

With all this new English music, we’re hoping he extends his tour to cities in the U.S. as well as other parts of the world!