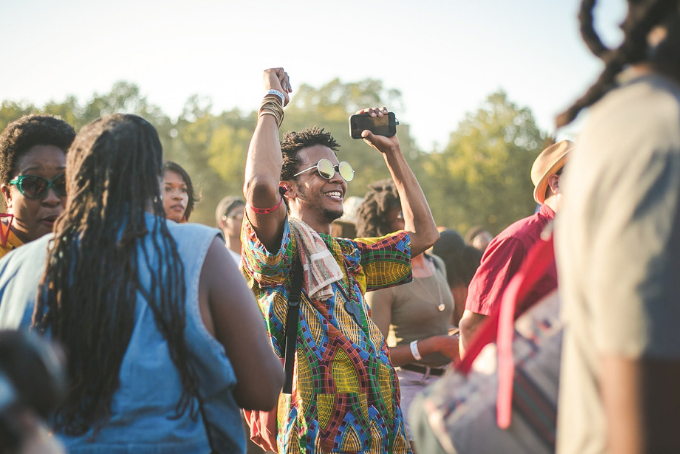 NXNE Music & Gaming Festival returned to the streets and venues of Toronto, Canada last week from June 7-16, 2019. Being 25 years in the making, this festival has evolved into a celebration of Canada’s rising stars.

Some of this year’s biggest artists that hit the stage include CupcakKe, American Football, Killy and Haviah Mighty.

This northern twist to Austin, Texas’ SXSW Festival showcases a lesser-known, but extremely vibrant music scene. The southern sister festival is known for breaking through acts, including Lizzo, Billie Elish, and even Amy Winehouse.

Hailed by Pitchfork as “one of rap’s best dirty talkers”, CupcakKe hit the stage at Phoenix Concert Theatre on Friday, June 14. Despite arriving late, the crowd went wild for CupcakKe. Fans were even going as far as gifting adult toys to the performer, truly showcasing the crowd’s admiration for her explicit lyrics.

On some lady Gaga shit @fashionnovacurve

Ending the festival off with a bang, Toronto hip-hop artist Killy took the stage at Canada’s busiest intersection, NXNE’s Festival Village. Killy brought together an enormous crowd of youth for this free outdoor concert. Coming out in an old Raptors jersey, Killy kept the city celebrating the Raptors NBA Championship win that occurred just days before. The entire intersection was hyped, chanting along to the rapper’s hits including “Killamonjaro”. Killy left the crowd wanting more for NXNE 2020.

This Shit Not By Chance… U Could Neva Not Understand 🗝🗯

Representing the “new rock mafia,” rockers cleopatrick hit the main stage at Festival Village on Friday, June 15. Having risen in the rock scene through house shows in small town Whitby, Ontario, the buzzing group dominated Younge-Dundas Square. Breaking the routine of hip-hop acts hitting the main stage, cleopatrick educated the crowd on the underground. This group won’t stop now—not until they “take back rock music from the old dudes.”

friday night was a special moment for our band, and this scene we have been working to grow with our friends. together in the open air, you guys pulled back the curtain on the underground, and showed people what’s real. thank you to everyone that came out to demonstrate the power of the new rock mafia. everything we do is for the culture, and together, we’re gonna take back rock music from the old dudes. recap video by @fleenormality is live on our IGTV. currently on our way to LA to write some more ragers and plan nrm world domination. if you got video of our new shit; keep it to yourself. much love. ⁣ ⁣ – luke and ian ⁣ ⁣ 📸/🎥: @fleenormality

Royal Mountain Records is home to some of Canada’s best acts. Their jam-packed roster includes Mac Demarco, Calpurnia, Alvvays, PUP and so many more talented artists. Their BBQ event that kicked off early on during NXNE made for a wonderful day filled with great music, tacos and beer. The day was filled with acts, including surprise headliners Hollerado, Juno Award Winning Group Dizzy, hip-hop’s up-and-coming Haviah Mighty and the dreamy Luna Li.

The event was held to also raise money for the label’s mental health fund, which entitles all artists to $1,500 to put towards their mental health at their discretion.