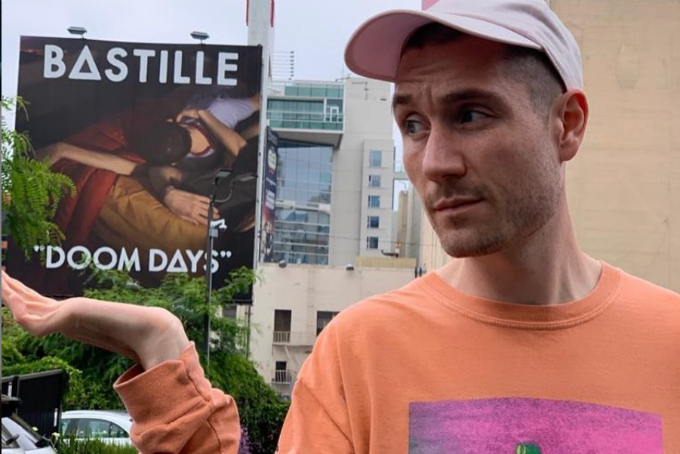 What do you picture a crazy night out like? If you’ve had a night full of chaos, euphoria, friendship, and everything in between, have we got an album for you! It’s Doom Days, Bastille’s third studio album. After a 3-year break with some remixes and collaborations in between, the London indie band dropped their follow up to 2016’s Wild World on June 14. Doom Days is a concept album, which feels more cohesive than their previous albums. Although some of the instrumentals feel more repetitive, Bastille clearly makes up for it in singer Dan Smith’s creative lyrics and incredible vocal techniques.

Lyrically, Doom Days is some of Bastille’s best material. Not only does the album’s lyrical content closely follow the concept album, but it does so in a clever way. Many of the songs take jabs at social media and the age that we are living in. This is particularly evident in the title track.

“Doom Days” is definitely one of the best songs on the record. You won’t be able to get enough of lyrics like, “We fucked this house up like the planet.” The only flaw of the track is that it is too short.

Although some of the songs are lyrically darker in tone, especially as the crazy night goes on, Dan Smith still finds ways to sing of love. This is evident in songs such as “Divide.”

Sonically, Bastille falls a bit short on this album, especially when compared to their breakout album, Bad Blood. Primarily upon a first listen, many of the tracks fail to stand out outside of singles like “Doom Days,” “Joy,” and “Quarter Past Midnight.” These singles seem to have more instrumental and tone variations compared to other tracks like “4am.” However, upon repeated listens, more lyrics and melodies are absorbed. Listeners will notice other stand out tracks such as “Million Pieces” (likely the best song besides the title track) and “Another Place.”

Although, to the average listener, Doom Days might seem mild, it was a big step in Bastille’s growth. The band was successful in creating a concept album that speaks to this generation. This third album showcases the London outfit’s signature sound as well as their vocal and production talents.

In the future, we might like to see Bastille step out of their comfort zone a bit, but Doom Days is a solid album that gives listeners a lot to think about. Furthermore, in typical Bastille fashion, these new songs are likely to be even better and larger-than-life in concert. So, make sure to check out the album both on your car stereos and on stage.