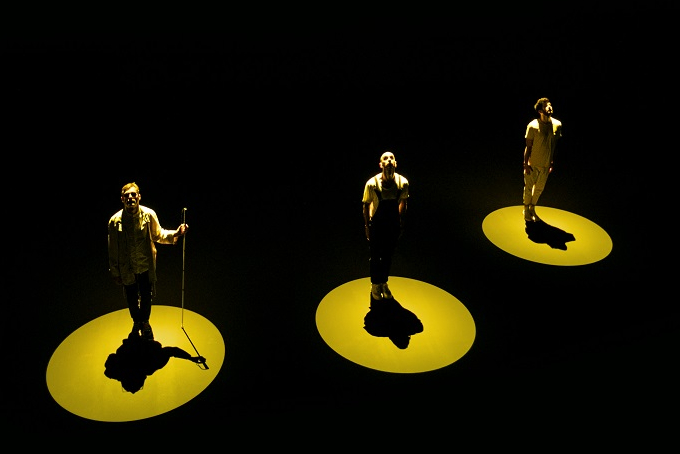 Ithica-born band X Ambassadors have made their return with their sophomore album Orion. It’s been four years since the trio has released their debut album VHS, with tours a notable collection of singles following.

Orion is a significant change, both sonically and lyrically, for the band. The album is much more reflective, revealing, and even perhaps healing. Even the name of the album, named after keyboard player Casey Harris‘ newborn son, hints toward this more mature mindset.

The opening track, “Hey Child,” kicks the album off with a groovy and energetic anthem. In true X Ambassadors fashion, the song shows triumph over past painful life experiences. The track reflects on an old friend who has been struggling while lead singer Sam Harris offers comfort, telling them to “let you neon lights keep shining bright.”

The next track, “Confidence” featuring K.Flay is a stark departure from the opener, with a more soft, R&B-infused track. Harris’ and K. Flay’s voices compliment each other wonderfully, with her sultry breathy vocals and Harris’ powerful and smooth delivery. Despite what the title may entail, the song is about the opposite. The relationship described makes the narrator break down and doubt themselves. X Ambassadors have always been creative in how they take topics often mentioned in songs but turn them on their head.

Eyyyyy Boston— last night was our first time playing these new songs from #ORION live and we were SUPER nervous. But you guys were so hype, the second we got on stage any fear just faded away. Great way to kick this shit off. Thank you ❤️🙏🏼 📸: @grxcemedia

“Quicksand” is another reflective track, but it picks up with more power and groove. Harris sings about growing up in a family struggling to get by, but he holds on to the hope that everything will turn out fine. Finding oneself through life’s curveballs is a recurring theme on the album and the band delivers it with such sincerity.

The groovy and swagger-filled track “Boom” follows as a message to the nonbelievers. It’s a nice progression from the previous track, jumping forward to the time Harris longs for.

“Rule” is an interesting departure from the previous tracks. With an opening piano line accompanied by muffled voices in the background, it feels like we’ve been transported to a jazz club. A pulsing, synth beat comes into the chorus as Harris croons about struggling with trusting others.

“History” is one of the tracks that stands out the most. In another stark departure, the acoustic track is a heartbreaking reflection on a broken relationship. While the lyrics feel a little expected in terms of rhyming and simplicity, I think it is greatly enhanced by Harris’ soaring and emotional delivery. We were torn on this track the first few listens. The simplicity of it almost made it feel like anyone could have performed the song. It didn’t sound like an X Ambassadors track, but then, that is why we ended up appreciating it. It is a step toward a more raw and mature sound for the group.

“Recover” is another stand out on the album. The gospel-tinged track goes back to the powerful anthems the band does beautifully. The chorus accompanied by missile-like sounds, prominent drums and roaring guitar is a powerful statement to the strength of one’s will to reach a better place.

“Wasteland,” is more straightforward with its rock influences. With an atmospheric sound reminiscent of U2, the track is a trip down memory lane for Harris, as he describes returning to his old home.

“Shadows” switches genres again, with a stronger pop sound. The song keeps with the themes previously expressed in the album, trying to move on from the past, while at the same time feeling drawn back to it. Harris sings “Miles and miles, but I can’t stop runnin’, can’t stop runnin’ // ‘Cause when I’m at my best, I just see imperfections.” Lyrically, we feel that it’s one of the strongest on the album, reflecting the fears of going back to the past while fearing that no matter what we accomplish, it may never be enough.

“I Don’t Know How To Pray” is an interesting track, serving more like an interlude. Over a jazz track, Harris cries out in desperation for a god he isn’t even sure exists. He begs for his brother’s life and asks, “Why do bad things happen to good people?” Before we can get an answer, the music cuts out and an audio recording begins of Sam and Casey Harris talking about struggling to find themselves when they were younger.

The final track on the album, “Hold You Down,” picks up right where the previous track left off. The song, a love letter from Sam to his brother Casey, is a stunning testament to the unbreakable bond the Harris brothers have. On Spotify, the track is accompanied by home videos of the two brothers when they were kids and now traveling the world performing together.

Music video for #HoldYouDown, out now. My brother and I have lived through a lot together over the last 30 years, so I wanted to dedicate this one to us. -S

It’s hard to believe that it’s been four years since X Ambassadors’ last album, as Orion feels like a natural progression for them. The first half of the album starts out extremely strong. Even though it drops off a bit during the second half, the sincerity of the songs hold it up, and “Hold You Down” is an excellent combination of the strength and softness, making it a great choice for a closing track.

X Ambassadors are showing yet again that they aren’t afraid to not just explore new sounds and genres, but also to confront themselves.