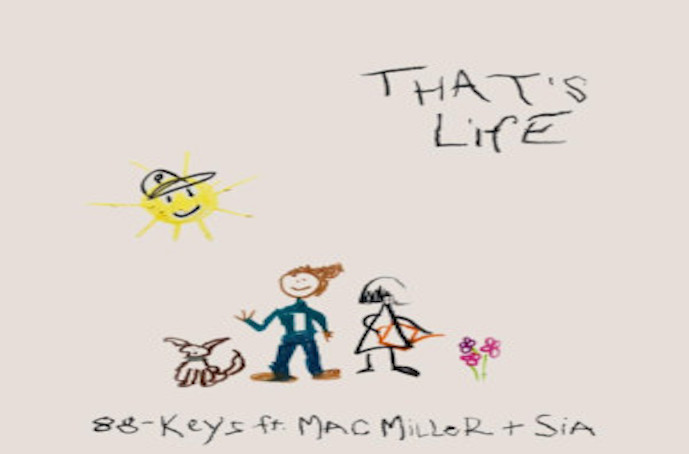 Grammy-winning producer and rapper 88 Keys has released his latest single, “That’s Life,” and it features some incredible artists. The late Mac Miller, who passed away in 2018 of a drug overdose, is featured alongside Sia to create an upbeat yet personal tone to the song.

The single was originally recorded in New York City, and it truly makes the listener feel as though they’re walking outside on a sunny day with not a stress in the world. And yet, the lyrics aren’t all positive.

In a statement on the track’s release, 88 Keys said, “‘That’s Life’ is a song which sums up the sentiments of the music I’ve been working on over the past few years. We all have to forge through the good, the bad, and the ugly. Mac came up with the concept for the song stemming from a conversation we had in the studio about relationships as we shared with each other what made the ones we were in at the time special. … My dear friend Mac and my new-found friend Sia helped me make a song to touch the world and help many deal with adversities we’re faced with, but ‘That’s Life.'”

Mac’s verses make the collaboration even more powerful, as we’re reminded to live life to the fullest extent every day. His passing was hard for many people, yet he’s still able to connect to his fans through music — a consistent reminder that all of the difficulties we face can simply be met with a “That’s Life.”

Sia’s addition is the perfect way to round out the entire song, as the combination of their voices and the instrumentals drive home the message they’re trying to convey. There was no better way 88 Keys could have produced this song, and he truly did Mac’s feature justice.

“That’s Life” is a touching single that deserves to be heard by everyone. It’s available everywhere now, and you can listen to the track HERE: