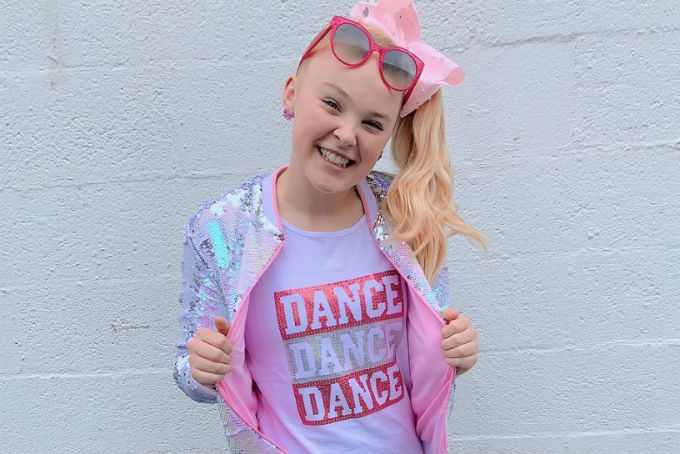 Nickelodeon darling JoJo Siwa has been a hot topic lately after remarks she made in a Rolling Stone interview were quickly picked up by other media outlets and Twitter users.

“Today’s music that is being released is not music. It’s not true music,” the YouTube star said. “There’s no instruments that are being played in it. People have phenomenal vocals, but it’s not true music. Music back in the Eighties, Seventies, and Nineties, they didn’t have the technology, so they had to do real music. And they were musicians. They were incredible.”

Many were quick to point out that her music fits into the very category she’s criticizing. All of her music is marketed to children, with sugary-sweet synth beats and kid-friendly lyrics. Of course, artists are constantly evolving and changing their sounds, but it’s hard to imagine Siwa growing past the neon colors and simple pop songs that are her trademark.

In addition to her comments on modern music, the article details Siwa’s rise to fame, the niche she’s filling in children’s media and how she maintains control of her image and empire.

A fan-favorite on reality shows Abby’s Ultimate Dance Competition and Dance Moms, Siwa and her mother turned a side-business of selling her distinctive hairbows and Siwa’s YouTube channel into a multi-million dollar brand.

Siwa is partnered with Nickelodeon, appearing in TV shows, movies, specials and an animated online series about her and her dog, The JoJo & BowBow Show Show. In addition to this, she has a music career, 9.7 million subscribers on YouTube and brand partnerships with big names like Target and Michael’s. She’s currently on her first-ever headlining tour; it will make stops in over 70 cities and is nearly sold out.

“I’m learning so much at a young age that college students don’t know,” Siwa said. She attends all meetings with her mother and is eager to learn about the business side of the entertainment industry.

Siwa intends to make her music career her main priority, saying that she wants to make “real music” and go into “more musical music that will be timeless.” People might doubt Siwa’s talent, but no one can deny her drive.

“I can see where I wanna be,” she told Rolling Stone. “And I’m working so hard right now so I can get there when I’m older and I can achieve that.”

Check out the music video for her latest single, “Worldwide Party,” HERE: