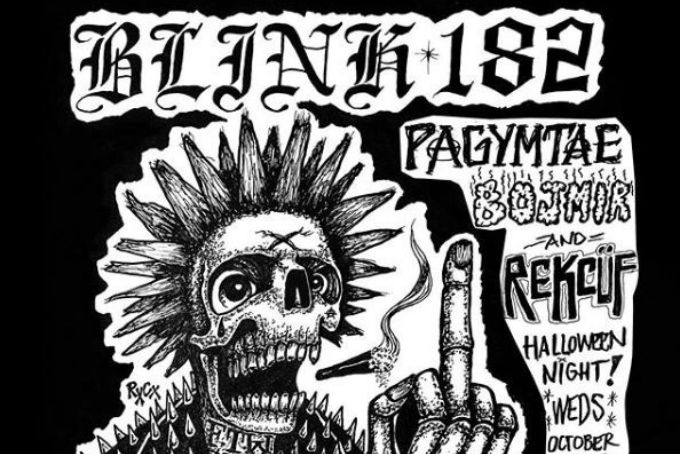 “Is it better now?” Blink-182 sings in the band’s new single, “Generational Divide.”

Maybe not. But it certainly is different.

After the lukewarm reception to “Blame it on My Youth” and the announcement of a headlining tour with Lil Wayne, Blink-182 has been running low on punk cred.

Look. It happens. And truthfully, anyone with an ounce of critical thinking skills doesn’t expect a trio of men pushing 50 to be as angry and irreverent as they were when they were in their twenties.

And yeah, touring with Lil Wayne was definitely a weird choice, but we’re not here to debate semantics of tours, we’re here to review “Generational Divide.”

Most Blink-182 songs that clock in under a minute aren’t meant to be taken seriously. In fact, when one thinks of “short Blink-182 songs” the first song that probably comes to mind is “Family Reunion,” which is literally just a punk-rock take on George Carlin‘s “Seven Words You Can Never Say on Television.”

But Blink-182 has grown up and is tired of being expected to act like teenagers for the rest of the band’s career.

“Generational Divide” is basically a 50-second diss track to anyone who’s been complaining about Blink-182’s new sound. While most listeners attribute this specific track to the reaction for “Blame it on My Youth,” this isn’t the first time that the band has been accused of going soft or selling out. In fact, the last 15 years (since the self-titled album) have been tainted with such accusations and it’s honestly a miracle that Blink-182 took this long to release a song like this.

With the refrain “Is it better? / Are we better now?” repeated over and over against a music video of the trio in a closet, there’s a sense that Blink-182 isn’t just calling out the audience, but also mocking it. They’re not the same band they were 20 years ago and they will mock listeners who think they should be.

Ironically, for a song that’s supposed to take Blink-182 back to its punk roots, “Generational Divide” is a fairly complicated, melody-driven piece of music. More reminiscent of the self-titled album (you know, the one that started this whole mess) than anything else in the band’s catalogue, “Generational Divide” is actually a pretty great benchmark for how far Blink-182 has evolved in the last decade. Even when the punk group tries to go back to simple songs, it can’t. That’s just not who the band is anymore.

Sure, the group’s not the generational divide, but at this point Blink-182’s definitely on the “old” side of that divide rather than the “young” side. Perhaps this represents growing up.