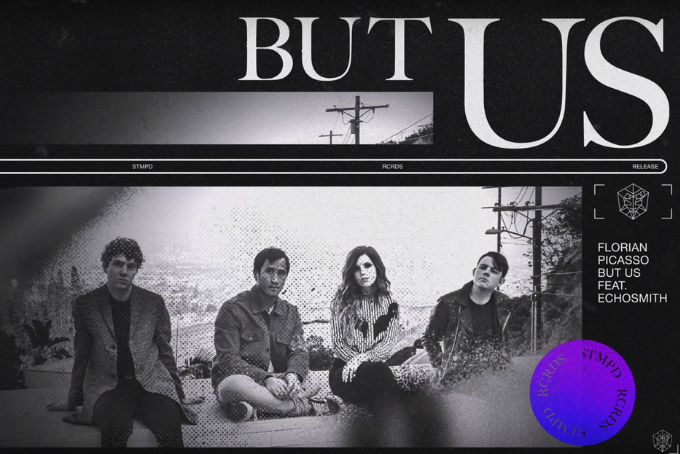 On June 21, Florian Picasso, EDM artist and great-grandson of Pablo Picasso, teamed up with the Sierota family, otherwise known as Echosmith for the mesmerizing track “But Us.” For Florian Picasso, this is his follow up to his explosive track “Midnight Sun,” and this is also the follow up to Echosmith’s collaboration with Audien for “Favorite Sound.”

'But Us' with @Echosmith is out now ! So excited and emotional about this one 🙏❤ @stmpdrcrds pic.twitter.com/DqKUZnaYbh

The track is colorful, upbeat, coated in synths and definitely makes you want to move. “But Us” sounds happy but has sad undertones scattered throughout, creating a beautifully bittersweet song. Starting with synth delays, cute keys, and gentle snares, “But Us” builds up an alluring sound before Sydney Sierota‘s vocals flood your ears.

The lyrics of “But Us” tell you the sad story of the song. The single describes growing apart from your friends, the fear of growing older, and breaking down. However, it keeps you hopeful. The lyrics give the audience the message that the person at your side will be your beacon of hope and get you through the dark storms you’ve been battling. You aren’t treading the stormy weather alone, and neither is your partner in crime.

Thank you for all the amazing feedbacks on 'But Us' ❤️ @echosmith @stmpdrcrds pic.twitter.com/4u4uCgr3Ce

This is just the beginning for Florian Picasso. Working with one of his favorite bands has helped him start building his bridge of cross-genre collaborations. Fans can expect plenty of collaborations from the artist in the future. To make it even better, Florian Picasso has been playing “But Us” live for fans on his 2019 Asian tour.

As for Echosmith, they’ve also been gearing up for new musical adventures. Just a week before “But Us” graced the airwaves, Echosmith released another collaboration with For King & Country and Timbaland called “God Only Knows.” Rumors are still floating around for when the “Cool Kids” band will release their second album following their 2013 release Talking Dreams.

Listen to Florian Picasso and Echosmith’s bittersweet track “But Us” below and let us know what you think in the comments section or by tweeting us @soundigest.