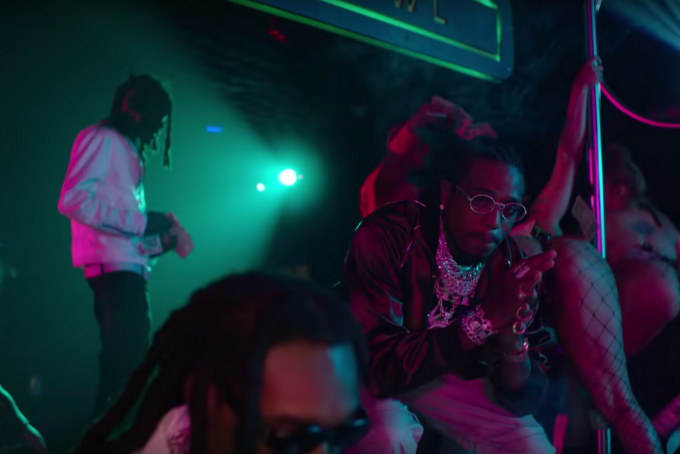 Migos are back and have whipped up some new music for us! After the trio took some time to release their separate projects, they finally dropped a new single, “Stripper Bowl,” along with the song’s music video. Named after a real event thrown by Quality Control, this “Stripper Bowl” occurred in Atlanta during the city’s hosting of the Super Bowl—the video even gave the following disclaimer:

This strip club anthem gives definite party vibes and will have you throwing ones from the start of first verse. Branding it a Migos song from the jump, the track starts off with a few seconds of pure sound effects before the three begin to rap purely about making it rain for strippers in the club.

The lyrics to the chorus take directly from the song’s inspiration. “Bring the whips out for the Super Bowl (skrrt) // 500 racks for the Stripper Bowl // The money on the floor, better get it, ho (get it).”

The video matches the lyrical content perfectly, featuring Migos at a huge party throwing money, surrounded by strippers. Depicting lots of ones, a** and counting money, this video shows just how the rappers balled out that night. It looks like there may even be some “home video” footage in the mix of the video.

It looks like Migos definitely knows how to party, and if your looking for lit vibes, this track will have you twerkin’ in no time.

Watch the video for “Stripper Bowl” below, and give us your thoughts by leaving a comment below or tweeting us @soundigest!

One thought on “Migos Make It Rain at the “Stripper Bowl””