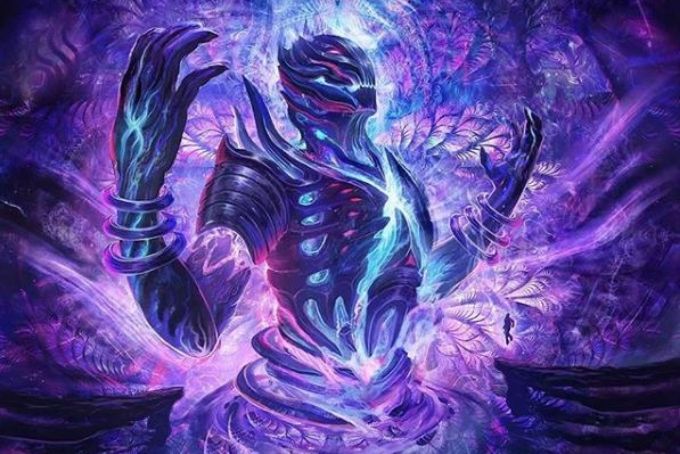 After nearly six months of anticipation, Excision and Dion Timmer have finally dropped their collaborative EP, Breaking Through — and it’s just the dubstep masterpiece we’ve all been craving.

We’re so stoked that you can all finally hear our new EP! This has been such an epic project to work on, big shout out to my brother @dion_timmer! #breakingthrough #veryeXXXtra #dubstep

The bass music giants made it known late last year that they had a body of work on the way and teased fans with clips of the EP on social media, while fans anxiously awaited the June 21 release.

From front to back, the four-track anthology is absolute madness and exactly what bassheads everywhere have been waiting for. The EP opens with the high-octane namesake track, “Breaking Through,” and remains just as hard-hitting as the work moves onto “Proceed With Caution,” featuring Shiverz. Things start to switch up a bit with track number three, “Time Stood Still,” as Excision (a.k.a. Jeff Abel) and Timmer incorporate an evocative vocal sample with a melodic-yet-booming bass drop. The collection rounds off with the digitized vocal sample and neck-breaking drop featured on “Bones.”

This is one of the heaviest tracks we’ve ever made. Proceed With Caution! ⚠️😈⚠️ Available now on all platforms worldwide, hit the link in my bio! Cc @dion_timmer #excision #diontimmer #dubstep #edm

Abel, the Canadian DJ and dubstep pioneer, is the type of talent that needs no introduction. As founder of Rottun Recordings and host of one of the largest bass music festivals in the world, Lost Lands, Excision has revolutionized the electronic dance music scene in a number of different ways. His recent releases include his fourth album, Apex, as well as two collaborative hit singles featured on the work: “Gold (Stupid Love)” with Illenium and “Rumble” with Space Laces.

Dropping Proceed With Caution w/ @dion_timmer at Forbidden Kingdom! The full Breaking Through EP is available now on all platforms worldwide. Hit the link in my bio! 🔥🔊 🎥: @afreefilms #BassMusic #Dubstep #BreakingThrough

Since teaming up with Abel early in his career, Timmer (who’s a Dutch electronic DJ and producer) has made quite a name for himself. In addition to his successful singles, like “Internet Boy” with Micah Martin and “Leave,” featuring Luma, you can hear him on Zeds Dead‘s “Rescue” and Dubloadz‘s “Neon Phantom.”

So get your best bass face ready, turn the volume on your speakers all the way up and prepare to shake the ground! Stream Breaking Through below and let us know what you think in the comments or by tweeting us @soundigest.