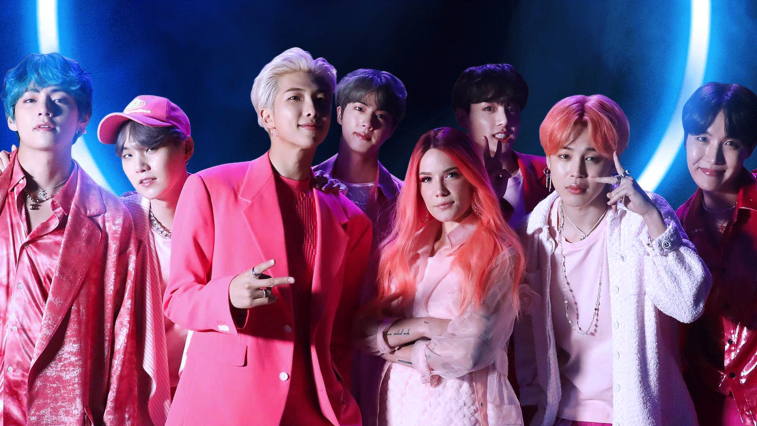 The boys have teamed up with Lauv once again but this time it’s for the singer’s How I’m Feeling album. The emotional “Who” features the delicate vocals of Jimin and Jungkook. Just like “Make it Right,” the singers’ voices are a natural fit together and we feel all the feelings!

Halsey collaborates with BTS once again and she’s enlisted rapper Suga for the beautifully tragic “Suga’s Interlude.” Featured on her album Manic, the tortured artists create a vulnerable and honest track to share with the world.

Fans were ecstatic when member Suga posted a tweet that Ed Sheeran was involved on a future BTS song. It was later revealed to be “Make It Right,” a track co-written by Sheeran. The feel-good track was later remixed with a verse from Lauv.

As the lead single to their highly anticipated album Love Yourself: Answer, “Idol” was already making waves as it spawned a viral dance challenge. It later got a remix by none other than the Queen rapper herself, Nicki Minaj. Nicki’s fiery verse and fierce attitude fit in quite well with the highly energetic song.