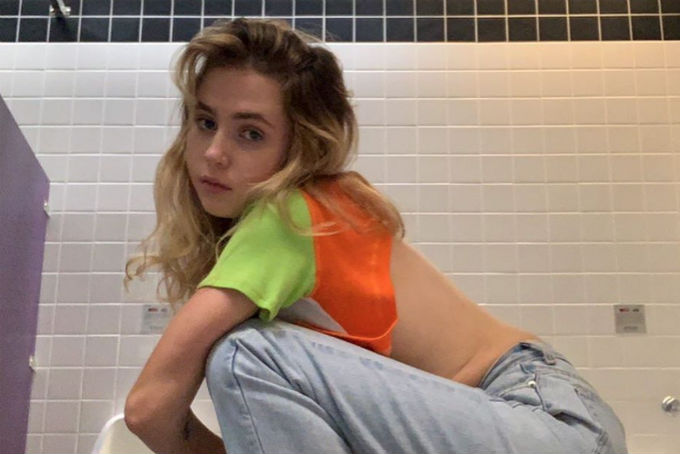 If you haven’t heard of Clairo yet, you’re missing out. The bedroom pop lo-fi singer just dropped another single, and it’s equal parts soft and poppy. “Closer to You” is Clairo’s second single ahead of her debut album Immunity. Clairo is the stage name for Claire Cottrill, who is only 20 years old and already making waves in the industry. She’s been releasing music for the past few years, including her hit 2017 song, “Pretty Girl.” Now, the Massachusetts singer has finally put together an album of songs, and if the rest of it is anything like the first two lead singles, we’re in for a treat.

In “Closer to You,” Clairo has gone with a more electronic vibe than her debut single, “Bags.” However, we aren’t mad about it. The single is light with a steady beat. Clairo uses autotune strategically, showing off how particular she is when it comes to production. Her vocals are soft on this track, causing the listener to truly feel everything she’s singing about. With hints of guitar and percussion, “Closer to You” uses light instrumentation to its advantage. the single really proves that, sometimes, less really is more.

Lyrically, Clairo sings of something we can all relate to — that is, wanting someone who might not be right for you. Even when someone inconveniences you or pushes you away, it sometimes makes the desire for them even stronger. Clairo accepts her flaws along with the knowledge that she keeps making mistakes. Her blatant honesty makes her an easy new voice in the music industry, and we’re so glad to have yet another powerful, female singer doing big things in music.

If you just can’t get enough of Clairo, she’ll be taking “Closer to You” and the rest of her repertoire on tour with Khalid through the rest of the summer. Between all of her collaborations and Immunity dropping on August 2, we’ll be seeing so much more of the brimming pop star. Whether you like electro-pop or lo-fi, Clairo’s music will be stuck in your head for days. Cheers to more women in music, and be sure to keep “Closer to You” on repeat all summer!